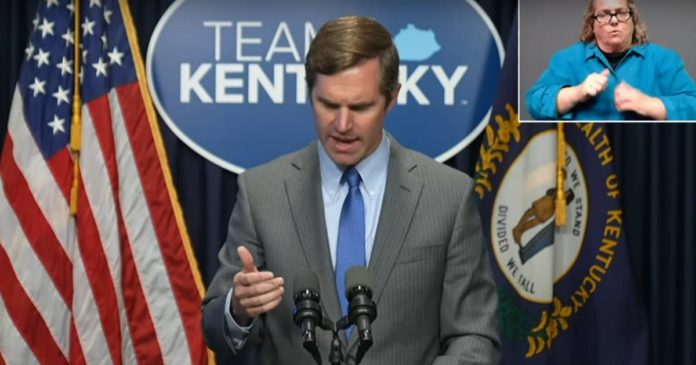 Kentucky Governor Andy Beshear has taken some initial steps to get the issue of medical cannabis moving in his state.

While the Kentucky House passed a bill legalizing medical marijuana in the state last month, that bill – HB 136 – then ran into problems. In the recently ended legislative session, House Bill 136 died in the Senate. This isn’t the first time this has happened, with a similar bill in 2020 also meeting the same fate after passing the House.

We reported a couple of weeks ago a frustrated Governor Beshear said he may explore the potential for issuing an executive order on medical cannabis, but at that point he would still have preferred a bill to sign. While that desire remains, since that time the governor has started cranking up the pressure. Several steps were announced last week, being:

The latter will likely see a lot of use given a 2019 poll indicated 90% of the state’s residents supported medicinal cannabis.

“I am for medical cannabis, but I want it done the right way and I want to be effective. To do that, we need to hear from Kentuckians.”

And judging from the comments thread on that Facebook post, he certainly is – with 340 comments at the time of writing, most of which appeared to be in support of pressing ahead and getting medicines to patients sooner rather than later.

The Governor went into detail on these steps and the reasoning behind them in a “Team Kentucky Update” last week. You can view the full update here (the issue of medical cannabis starts at 19:30):

As at the end of February across the USA, 37 states regulate cannabis for medical use by qualified individuals.

“Its time has come and it can give some ailing Kentuckians relief,” said the governor.

In a more recent action, Governor Beshear signed off on legislation for the creation of a cannabis research facility in the state; but not without exercising line-item veto powers to strike sections he said limited the purpose of the center and dictated who could be appointed to its advisory board.

Previous articleBill Seeks To End California City Medical Cannabis Bans
Next articleCBD Sleep Aid Labelling Issues Exposed
Gillian Jalimnson
Gillian Jalimnson is one of Hemp Gazette's staff writers and has been with us since we kicked off in 2015. Gillian sees massive potential for cannabis in areas of health, energy, building and personal care products and is intrigued by the potential for cannabidiol (CBD) as an alternative to conventional treatments. You can contact Gillian here.
RELATED ARTICLES
News