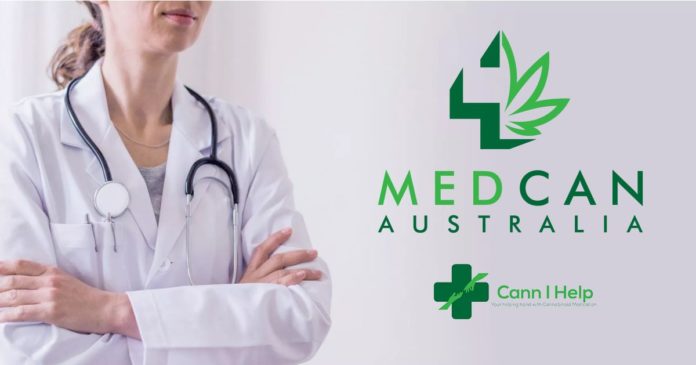 This scheme may be of interest to Australian medical cannabis patients facing difficulty in paying for their legally-prescribed medicines.

Medical cannabis has been legal in Australia since 2016. The Therapeutic Goods Administration has been ramping up prescription approvals since then, particularly during this year. Just last month, there were 12,265 SAS Category B approvals.

But getting approval is just one hurdle to clear. Another is cost, which can be in the hundreds of dollars a month for patients – and medical cannabis isn’t covered under Australia’s Pharmaceutical Benefits Scheme.

Last week, 7 News aired a segment on a medical cannabis subsidy scheme, which reportedly can provide medicines at almost up to half the cost.

The two companies involved are MedCan Australia and Cann I Help.

Founded in 2016, MedCan Australia has a suite of licences granted by the Australian Government’s Office of Drug Control, including:

According to the company, its Australian facility has the capability to produce up to 6,500kgs of dried cannabis per year. But there is very little information on its web site about the medicines it manufacturers. The education/consumer information side of things is handled by its distribution/prescribing partners; including Cann I Help.

Cann I Help partners with GPs and specialists across the country to provide a network of treatment clinics.  The service also offers a “Compassionate Access Program” whereby eligible patients can receive subsidies toward the cost of medicinal cannabis products produced by MedCan Australia.

“We don’t want any patients to be unable to access medicinal cannabis on cost grounds,” says Cann I Help. “The Compassionate Access Program is our way of offering a helping hand.”

The 7 News report indicates around 34% of Cann I Help’s patients are accepted into the subsidy scheme; and around 6% of those are on the very highest level of subsidies. Patients are assessed across a number of areas. The brief eligibility form looks straightforward, and includes questions regarding concession card, insurance and NDIS status.

We’re not in a position to comment on the process, quality or pricing compared to other products and services. But for those who are struggling financially to acquire medicines, it may be worthwhile making enquiries with Cann I Help and comparing with their current arrangements.

Previous articleAustralian Cannabis Summit 2021 Catchup
Next articleReport: Time For The UK To Capitalise On Medical Cannabis
Steven Gothrinet
Steven Gothrinet has been part of the Hemp Gazette in-house reporting team since 2015. Steven's broad interest in cannabis was initially fueled by the realisation of industrial hemp's versatility across multiple sectors. You can contact Steve here.
RELATED ARTICLES
News