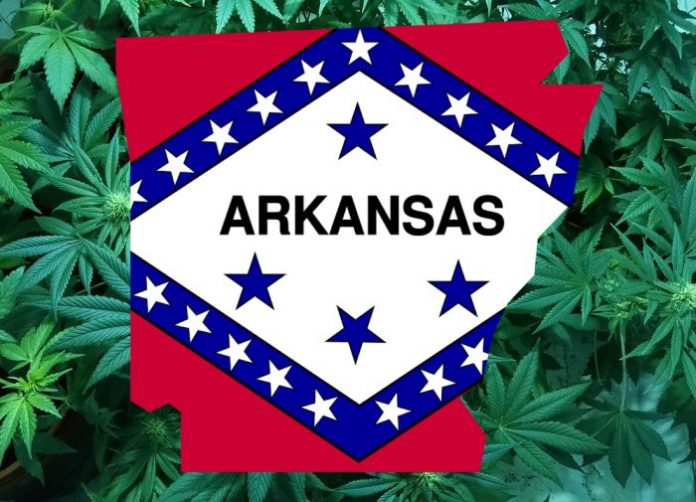 The U.S. state of Arkansas is reportedly yet to see any applications lodged for growing and dispensing medicinal cannabis.

The Arkansas Medical Marijuana Amendment (Issue 6) was approved by the state’s voters in November last year; one of four states at the time to get the green light from citizens for medical cannabis. Qualifying conditions for Arkansas’ program include cancer, glaucoma, fibromyalgia, conventional medication-resistant intractable pain, chronic and severe muscle spasms and 12 others – the list may also be extended.

It is envisioned medical cannabis will be grown within the state.  However, the Sentinel Record reports the Arkansas Department of Finance and Administration hasn’t received any applications to grow and distribute  it  – with just over a month to go before the submission deadline.

Restrictions on where operations may be set up could be part of the issue; another one may be cost. As we reported in January, cultivators will have to find USD $100,000 a year to operate a facility, have a $1 million bond or equivalent assets plus be able to show $500,000 in cash liquidity. Additionally, there’s a $15,000 application fee.

Five cultivation licenses and 32 dispensary licenses are up for grabs in Arkansas.

Another somewhat unexpected problem the program is facing is patient interest. The Sentinel Record also reports registration of patients has been very low to date, with just over 400 applications lodged so far. The current non-refundable fee for marijuana card applications is USD $50. As the cards won’t be available for printing until a month prior to medical marijuana availability in Arkansas dispensaries, it’s expected interest will spike when that scenario occurs.

In other related new from the state, last week the Arkansas Medical Marijuana Association announced it will become the peak industry body for local medical marijuana cultivators, distributors and businesses.

“Our association will be a partnership of all those with a common interest in ensuring the state stays true to the will of the voters and medical marijuana operations are run safely and legally,” said acting executive director David Couch.

A seven-member board, including a couple of doctors, will oversee the Association.

Previous articleMore Evidence Of CBD’s Potential In Addressing Opioid Abuse
Next articleCongressman Visits Pennsylvania Industrial Hemp Project
Terry Lassitenaz
Terry Lassitenaz writes exclusively for Hemp Gazette and has done so since the site launched in 2015. He has a special interest in the political arena relating to medical cannabis, particularly in Australia, and addressing the many myths surrounding this incredibly useful plant. You can contact Terry here.
RELATED ARTICLES
News