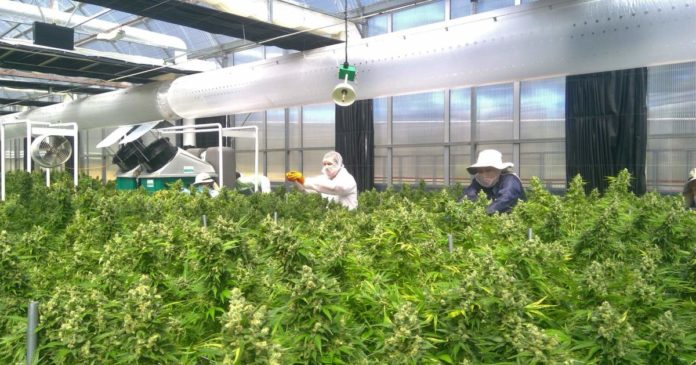 “It’s a historic moment in medicine for both countries, with our verifications meaning New Zealand patients can finally visit their GP to request alternatives for conditions such as chronic pain and many more,” said ANTG CEO Matt Cantelo.

The three approved flower products are Eve (CBD), and Rocky and Mariposa (THC/CBD) says ANTG, although at the time of publishing the products weren’t appearing in NZ’s Medsafe database. According to NUBU, the products have been approved as tea preparations.

Back in 2019 we reported Eve had been listed on the Australian Register of Therapeutic Goods (ARTG).

Founded in 2015, ANTG holds a fistful of licences here in Australia, including research, cultivation and manufacturing, import and export, and a hemp production licence. Its certifications include Good Manufacturing Practices (GMP), Good Agricultural & Collection Practices (GACP) and Australian Made, Australian Grown.

“We’ve cultivated products that have adhered to the required medicinal standard, including in quality and purity – even more so than other countries like Canada, which are leaders in cultivation of medicinal cannabis,” said Mr. Cantelo. “The high benchmarks in Australia for growing and producing medicinal cannabis has set us up as the best in the world.”

While NZ’s Medicinal Cannabis Scheme came into effect on 1 April 2020 with the commencement of the very poorly named Misuse of Drugs (Medicinal Cannabis) Regulations 2019, approved products have been a long time coming while various bottlenecks and copious red tape are navigated by companies wanting a place at the table.

The ANTG product approvals aren’t a signal the floodgates are about to open per se, but NZ consumers should have increasing choice soon – this could include medicines from New Zealand companies such as Helius Therapeutics and Puro.

Previous articleHemp Roundtable Restates THC Concerns
Next articleShopify Reportedly Cracking Down On Hemp Derived THC Sales
Terry Lassitenaz
Terry Lassitenaz writes exclusively for Hemp Gazette and has done so since the site launched in 2015. He has a special interest in the political arena relating to medical cannabis, particularly in Australia, and addressing the many myths surrounding this incredibly useful plant. You can contact Terry here.
RELATED ARTICLES
News