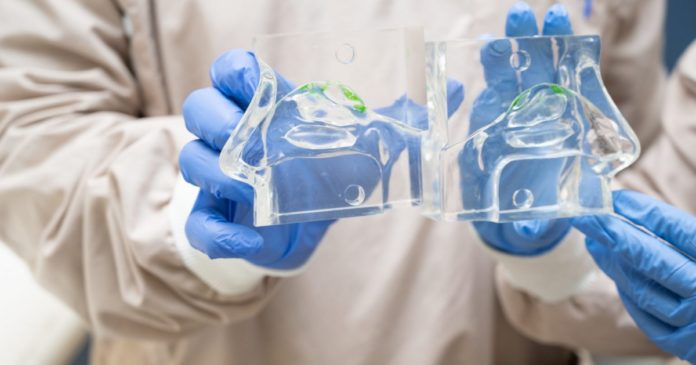 The technology, called Sol-Gel,  was developed by UQ’s School of Pharmacy’s Dr Harendra Parekh and his team. Sol-Gel  is a liquid solution at room temperature that becomes a gel when in contact with the higher temperature of the human body. Intended for use in intranasal drug delivery scenarios, it enable better uptake of cannabinoids through muco-adhesion in the nose.

Nasal delivery bypasses the stomach and intestines – eliminating first pass metabolism – potential improving bioavailability. The gel format means cannabinoids can be released more slowly than a typical nasal spray system – up to seven days. The sustained-release delivery system could be used across a range of indications: pain, inflammation, seizures, and neurological disorders.

Canadian health and wellness company PreveCeutical has been working with UQ through UniQuest on developing the system since 2017.

“Having this licence agreement in place, we can now work with partners to commercialise products for the cannabinoid Sol-Gel formulation products in the form of a nasal spray,” said PreveCeutical Chairman and CEO Stephen Van Deventer.

Under the agreement, PreveCeutical will make upfront, milestone and royalty payments based on net revenues relating to cannabinoid products it creates using Sol-Gel technology.

PreveCeutical isn’t the only company UniQuest is collaborating with on Sol-Gel, and cannabinoids aren’t its only potential application. In July, UQ announced signing of a licence agreement with InnarisBio, an atai Life Sciences company.  InnarisBio intends investigating the potential of Sol-Gel technology for several psychedelic and non-psychedelic compounds in its development pipeline.

Established in 1984, UniQuest has chalked up some significant wins in commercialising University of Queensland research – including for Gardasil, a vaccine for use in the prevention of certain strains of human papillomavirus (HPV).

Previous articleAnother Proposed Medical Cannabis Facility For Regional NSW
Next articleUSA’s NIHC To Develop CBD Standards
Gillian Jalimnson
Gillian Jalimnson is one of Hemp Gazette's staff writers and has been with us since we kicked off in 2015. Gillian sees massive potential for cannabis in areas of health, energy, building and personal care products and is intrigued by the potential for cannabidiol (CBD) as an alternative to conventional treatments. You can contact Gillian here.
RELATED ARTICLES
News