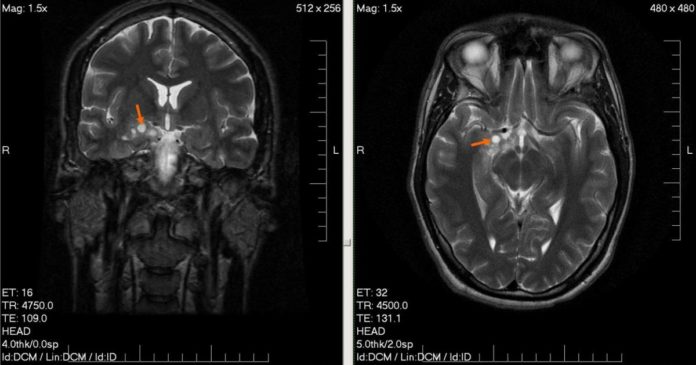 Glioma is a type of tumor that can occur in the brain and spinal cord – it’s the most common primary brain tumour. There are several different types of glioma – astrocytomas, ependymomas and oligodendrogliomas.

A single-centre Phase II double-blind randomised clinical trial by researchers from the Prince of Wales Private Hospital, Australian Research Centre in Complementary and Integrative Medicine and other institutions investigated the tolerability of two different ratios of medicinal cannabis oil, taken orally, in patients who have been diagnosed with high grade gliomas* (GBM or astrocytoma AA3r) as an addition to their standard treatment.

We originally reported on this trial when it was announced back in late November 2018. It kicked off that month and continued through to December 2019.

Cannabis extracts containing either a 1:1 or 4:1 ratio of THC to CBD were used in the trial, with administration lasting for at least 4 weeks and up to 12 weeks in conjunction with standard treatment. 88 participants were enrolled, with 61 completing the  full 12-week duration and 83 completed at least 4 weeks of treatment. Patients were given a single dose at night before bed that varied depending on tolerance; starting at 0.20ml up to a maximum 5ml. (maximum 5ml in one dose).

“Medicinal cannabis significantly improved sleep, functional wellbeing, and quality of life,” they state. “Our study data suggests that cannabis, especially a 1:1 CBD/THC mixture can be helpful for many of the symptoms impacting QoL in this patient population, especially sleep disturbance.”

Among the limitations of the trial acknowledged were no placebo group was used, which is considered gold standard in randomised-clinical trials

The trial results have been published in the journal Frontiers in Oncology and can be viewed here.

This study was supported financially by FIT-Bioceuticals Pty Ltd, Sydney, Australia and the products used were manufactured by Whistler Medical Marijuana Company, Canada.

* The image used for this article is of a low-grade brain glioma.

Previous articleSouth Dakota’s Medical Cannabis Program Kicks Off
Next articleNIHC Publishes U.S Hemp Industry Update
Gillian Jalimnson
Gillian Jalimnson is one of Hemp Gazette's staff writers and has been with us since we kicked off in 2015. Gillian sees massive potential for cannabis in areas of health, energy, building and personal care products and is intrigued by the potential for cannabidiol (CBD) as an alternative to conventional treatments. You can contact Gillian here.
RELATED ARTICLES
News