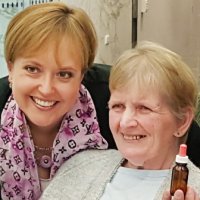 Tasmania Labor has committed to decriminalising the possession and use of cannabis for medicinal purposes in the state, and to permit related licensed cultivation, processing and dispensing if it is elected.

The decriminalisation would apply to use of cannabis in the treatment of patients with severe epilepsy, multiple sclerosis, cancer, HIV/AIDS and severe chronic pain; where approved by two specialists. Other conditions would also be considered.

“Tasmanian Labor believes in adopting a compassionate approach towards assisting unwell people to be able to obtain and use legally prescribed medicinal cannabis,” states a newly released policy document (PDF).

“Currently many Tasmanians are in the intolerable position of having to choose between watching people they care for suffer or breaking the law.”

Shadow attorney-general Lara Giddings says a local cultivation and processing industry could also funnel tens of millions of dollars into the state’s economy.

Ms. Giddings applauded an announcement from the Federal Government in December that it intended to legalise growing of medicinal cannabis in Australia; legislation for which was introduced last week.

Ms. Giddings has been a staunch supporter of medical  marijuana and critical of the Tasmanian government’s progress on the issue for years.

However, things are slowly changing in the state.

In December, the state governments of New South Wales and Tasmania signed a Memorandum of Understanding (MoU) concerning collaboration on clinical trials, research and cultivation of cannabis for medical and scientific applications.

Headway is also being made in the Apple Isle regarding industrial hemp. In October, we reported both houses of Parliament signed off on legislation that will cut red tape and stimulate investment in Tasmania’s industrial hemp sector.

The progress for both medicinal marijuana and industrial hemp is encouraging, but how long it’s taking may be perplexing to some given the state is no stranger to the cultivation of other controversial crops; such as the opium poppy. Around forty percent of the world’s legal opiate crop is grown in Tasmania.

Perhaps it’s not so curious – the poppy industry sees industrial hemp and medical cannabis as somewhat of a threat. It’s a familiar story – industrial hemp was once widely grown throughout the world but became a victim of jealous competing industries last century.