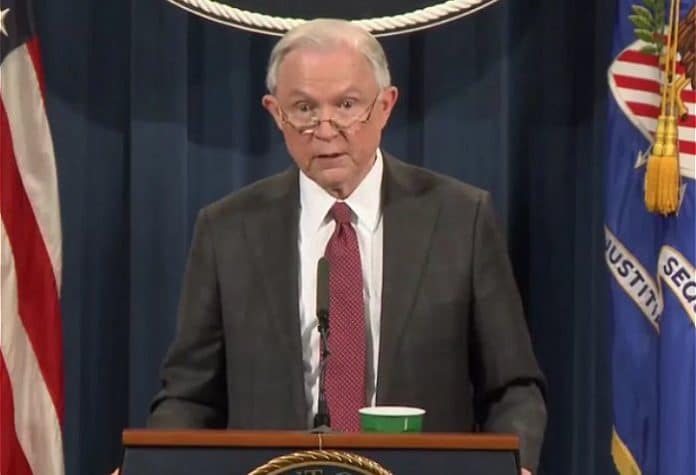 Last month, it was revealed AG Sessions sent letters to lawmakers, urging them to end protection of legal state medical cannabis programs under the Rohrabacher-Blumenauer amendment.

His efforts were in vain as last week, the  Senate Committee on Appropriations voted in favour of an amendment in the FY2018 Commerce, Justice, Science and Related Agencies Appropriations bill to continue this protection.

Beth Collins, Senior Director of Government Relations and External Affairs at Americans for Safe Access, said the organisation was thrilled with the outcome

“With 91 Americans a day dying from opioid overdose, and a nearly 25% decrease in opioid overdose deaths in states with medical cannabis programs, it is crucial that states are able to continue without federal interference,” stated Ms. Collins.

“The Senate is sending a clear message to Jeff Sessions – keep your hands off states that have reformed their marijuana laws,” said the Alliance’s Michael Collins.

The amendment was introduced by Senator Patrick Leahy (R-VT), who said the following when introducing it the Committee:

“We have more important things for the justice department to do than tracking down physicians or epileptics who are using medical marijuana legally in their state.”

That the amendment had strong Republican support will no doubt have made the vote all the more frustrating for Mr. Sessions.

However, this saga isn’t quite over yet, as the amendment still has to appear on the final appropriations bill – but that seems to be inevitable. Also, amendments protecting state cannabis programs must be reintroduced each year – medical cannabis supporters say what’s needed is a more permanent solution.

Attorney General Sessions is really having a rough run lately. Not only is he being criticised for his performance on unrelated issues by President Trump himself, last week he was named among the defendants in a federal lawsuit  challenging the Controlled Substances Act in relation to cannabis.

Some believe he will step down from his position or be forced to – but that begs the question; who will replace him and will it be a case of going from bad to worse on the issue of medical cannabis?