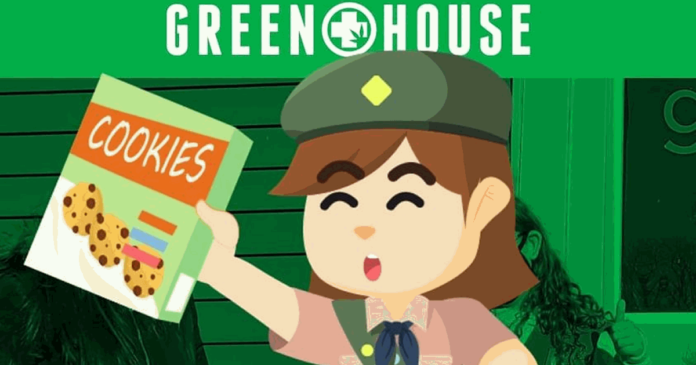 In the USA, enterprising girl scouts have enjoyed roaring trade selling their cookies outside of recreational and medical cannabis centres (go figure). But it hasn’t been without its upsets.

On the first weekend of this month, a girl scout troop set themselves up selling cookies in front of The Greenhouse of Walled Lake, a legal medical and recreational marijuana dispensary and provisioning center in Oakland, Michigan. The girls sold more than 1,000 boxes.

It was such a hit that The Greenhouse invited other troops to return last weekend. However, it appears Girl Scouts of Southeastern Michigan council found out about it and stopped the event from happening, suggesting it was against policy.

“It just doesn’t make sense,” the leader of the troop to sell cookies at the location reportedly said. “All we wanted to do was raise money for horse camp. It’s just cookies, you know?”

“The Greenhouse of Walled Lake is a legal entity and a major contributor to the community. Scouts are seen all the time selling these delicious treats in front of grocery stores, liquor stores, etc. I am hoping that these folks reconsider their position.”

Subsequently, the Girl Scouts of Southeastern Michigan said there had been a ‘misunderstanding’ and there was no such policy.

But while the ‘ban’ was still in place, The Greenhouse bought 300 boxes of cookies from the girls and gave a free box to each customer while they lasted. But with the pseudo-ban now out of the way, the business is again inviting troops to arrange a weekend day to set up a stall; and no doubt they’ll get plenty of interest given previous success.

The “misunderstanding” turned out to be a good news story in the end and certainly generated some good PR for The Greenhouse; but it does highlight the stigma associated with legal cannabis will linger for quite a while to come.

“….sad to say there are still some out there with the old “Reefer Madness” mindset,” said The Greenhouse while the situation was unfolding.

Previous articleDEA – Hemp Production Challenging Law Enforcement
Next articleThe Carbon Footprint Of Commercial Indoor Cannabis
Gillian Jalimnson
Gillian Jalimnson is one of Hemp Gazette's staff writers and has been with us since we kicked off in 2015. Gillian sees massive potential for cannabis in areas of health, energy, building and personal care products and is intrigued by the potential for cannabidiol (CBD) as an alternative to conventional treatments. You can contact Gillian here.
RELATED ARTICLES
News