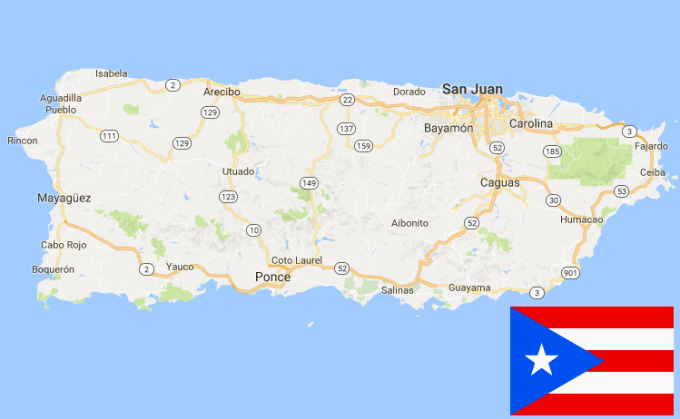 “Today we ensure a new medicinal remedy for thousands of patients in Puerto Rico, thus fulfilling our goal of contributing to the development of a health system accessible to all Puerto Ricans, beyond traditional medicine,” said the Governor according to a report on Prensa Latina.

Governor Padilla signed an executive order permitting the use of medical cannabis in May 2015, which went into immediate effect.

A framework for Puerto Rico’s medical marijuana program was established in January, and the first doctor received certification to prescribe cannabis in July last year.

The use of medicinal marijuana is permitted in Puerto Rico for the treatment of a variety of conditions; including cancer, Crohn’s Disease, fibromyalgia, arthritis, anxiety disorders, chronic pain and any other condition considered by a doctor to be debilitating.

Patients must be certified by a doctor and register with the Puerto Rico Department of Health; which issues a card that needs to be presented at the dispensaries. Doctors aren’t able to prescribe cannabis directly, unless in emergencies and must be registered with the Department of Health in order to do so.

Various reports put the number of patients who are in receipt of a card so far to be in the range of 1,300 – 2,000; with many more waiting to have their applications processed.

Puerto Rico is a Caribbean island and unincorporated U.S. territory with a population of around 3.5 million. It is a self-governing commonwealth in association with the United States.

Legislation banning cannabis was passed in the territory in 1932 and the island became well known for strict laws that delivered harsh penalties; with a minimum of two years in jail for marijuana possession.

The potential of medical cannabis is also being eyed elsewhere in the Caribbean; both for its medical and economic potential. Jamaica’s Finance and Planning Minister is pushing for that country to develop a significant industrial hemp and medical marijuana industry.

Previous articleAustralia’s ODC Clarifies Medical Cannabis Security Guidelines
Next articleWhat Is Cannabinoid Hyperemesis Syndrome?
Gillian Jalimnson
Gillian Jalimnson is one of Hemp Gazette's staff writers and has been with us since we kicked off in 2015. Gillian sees massive potential for cannabis in areas of health, energy, building and personal care products and is intrigued by the potential for cannabidiol (CBD) as an alternative to conventional treatments. You can contact Gillian here.
RELATED ARTICLES
News