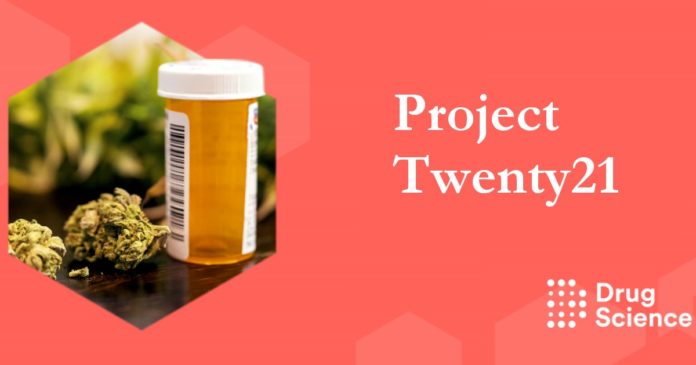 The latest update from Project Twenty21 indicates the initiative is still mulling over changes to medical cannabis pricing.

Project Twenty21 was launched in 2019 in the UK to establish a large body of evidence concerning the efficacy and tolerability of medical cannabis, and to see medical cannabis access on the NHS.

Patients participating in the program have been able to access medicines at lower prices through various partnerships established by the initiative. In return for these manufacturer-subsidised medicines, patients consent to have their medical data collected by Drug Science, the organisation behind Project Twenty21.

In January this year, Drug Science flagged new pricing was to be introduced from the beginning of February that would have disadvantaged those who were benefiting from discounts on larger quantity purchases. It appears that pricing scheme is yet to be implemented. In its March update, Drug Science says there’s no change in prescriptions costs for now, as it continues discussions with program partners.

The latest update reveals 157 patients joined the program in February 2022, bringing the total number of patients participating at the end of last month to 2,342.

According to Drug Science’s update, out of 1,140 patients with 3-month follow-up data, 91% reported cannabis is useful in managing their symptoms. Interestingly, satisfaction with  treatment seemed to decline significantly with increasing age – from 95% for patients less than 26 to 56% for patients older than 66. Satisfaction with cannabis medicines in managing symptoms was higher for males (93%) than females (87%)

In other recent news from the Project Twenty21 initiative, last month Drug Science announced the project was also operating in Australia in collaboration with the Australasian College of Cannabinoid Medicine (ACCM), the research arm of Releaf Group Ltd.

The program has also opened up eligibility criteria to cover any condition that can be treated with medical cannabis at one of the participating prescribing clinics.

Further information on Project Twenty21 can be found here.