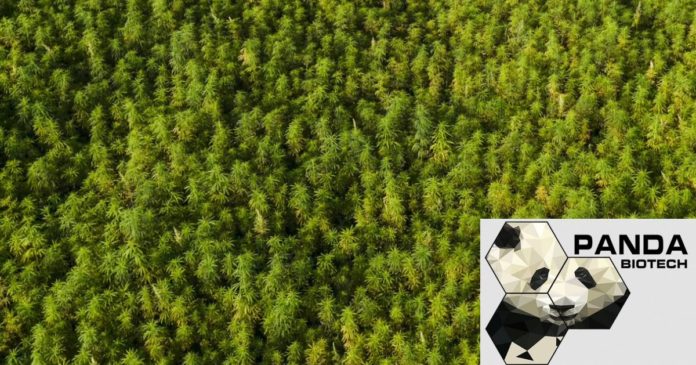 Texas company Panda Biotech has decided where the USA’s largest hemp processing factory will be located. And the winner is..

The Panda Texas Plains Hemp Gin will not only be the nation’s largest hemp processing facility, it will also be the first in the USA to cottonize hemp fiber on a commercial scale; which will be supplied to the domestic textile industry and export customers. Cottonizing hemp involves removing the lignin that binds its fibres together in bundles, opening them up for further processing. In a cottonized form, hemp can be blended with other common fibers and spun into yarn.

Panda Biotech says its engineers have been working with an international equipment manufacturer to “super-size” their existing line of decorticators. In the production of hemp fiber, decorticators are used to separate the outer bast fiber from the inner woody core, or hurd.  The two souped-up decorticators used will be able to process 10 tons of biomass per hour – each.

The company says the facility will be able to process close to 150,000 tons of Texas-grown industrial hemp and produce more than 17,500 tons of apparel-grade, cottonized hemp fiber  annually when operating at full capacity. Panda expects partial operations to commence in the first quarter of next year, with full production anticipated by the first quarter of 2022.

“In addition to the local agricultural community, city and county officials have been outstanding to work with and supportive of what they expect to be a global calling card for Wichita Falls as the hub of the next multi-billion-dollar industry,” said Scott Evans, executive vice president of Panda Biotech. “We’re very excited that this facility will not only help to supply a growing world-wide demand for industrial hemp fiber, but also help to create a new, sustainable industry.”

Panda Biotech was also in the spotlight earlier this year when the company announced it was donating more than 60 tons of approved hemp seed for fiber crops to Texas agricultural producers.

Previous articleNew Zealand’s Inaugural Hemp Ideation Challenge
Next articleNew Grants For Medical Cannabis Clinical Trials In Australia
Gillian Jalimnson
Gillian Jalimnson is one of Hemp Gazette's staff writers and has been with us since we kicked off in 2015. Gillian sees massive potential for cannabis in areas of health, energy, building and personal care products and is intrigued by the potential for cannabidiol (CBD) as an alternative to conventional treatments. You can contact Gillian here.
RELATED ARTICLES
News