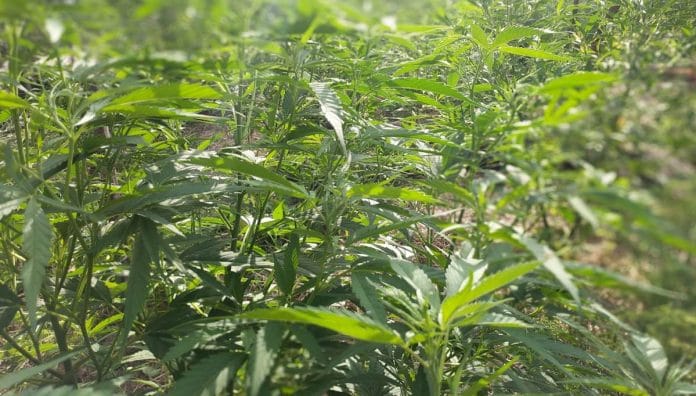 A bill to expand Oklahoma’s currently quite limited industrial hemp program has gained the green light from the House and Senate and has headed to Governor Stitt for his signature.

House Bill 2913, which sought to establish the Oklahoma Industrial Hemp Agricultural Pilot Program, was signed off just under a year ago. As we reported a month prior to it becoming law, HB2913 had the same limitations as in many other hemp states – only permitting a university or an institute of higher education  to hold a license (although subcontracting of cultivation was possible); per provisions in the 2014 Farm Bill.

With the passing of 2018 Farm Bill, the game has changed, with the nation’s hemp sector to be given the space it needs to really spread its wings – and Oklahoma wants to fly.

SB 868 directs the State Board of Agriculture to consult with the Governor and Attorney General to submit necessary paperwork to the USDA for the approval of the Oklahoma Industrial Hemp Program, opening the way for commercial production of the crop.

“The measure modifies the Oklahoma Industrial Hemp Program so that it is no longer a pilot program and is compliant with federal law.”

This seems to indicate that whatever the USDA comes up with is what will be implemented – rather than spending extra time developing a plan and then submitting it for the USDA’s review. So here’s hoping the USDA puts something solid together.

TulsaWorld reported late last week that  SB 868  was on its way to Governor Kevin Stitt after winning the House of Representatives’ approval without a dissenting vote.

Governor Stitt, who is still reasonably fresh in the state’s top job, doesn’t seem to have a problem with cannabis generally. Last month he signed a medical marijuana “unity bill ” that was widely supported by the cannabis industry.

Co-author of SB 868 Senator Lonnie Paxton expressed high hopes for hemp in his state last year after the legislation for the pilot program was passed.

““This new industry will potentially create thousands of jobs and put hundreds of millions of dollars a year into our economy,” he said. “There’s a strong possibility that it could easily become a $1 billion industry.”

Previous articleHopes Dashed For Hauling Hemp Through Idaho (For Now)
Next article“Relentless” Hemp Thefts Discourage South Australian Growers
Gillian Jalimnson
Gillian Jalimnson is one of Hemp Gazette's staff writers and has been with us since we kicked off in 2015. Gillian sees massive potential for cannabis in areas of health, energy, building and personal care products and is intrigued by the potential for cannabidiol (CBD) as an alternative to conventional treatments. You can contact Gillian here.
RELATED ARTICLES
News