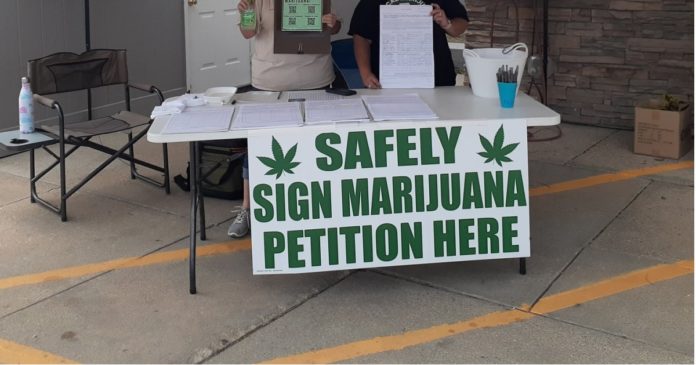 A petition signature goal to get medical marijuana on the November ballot in Nebraska has been reached, but another challenge has re-emerged.

It’s a been a long and bumpy road to this point – here’s the situation to date.

Currently, Nebraska doesn’t have a medical marijuana program. That could have changed in 2020 after Nebraskans for Medical Marijuana (NMM) collected sufficient petition signatures to have a related constitutional amendment appear on the ballot that year. However, the Nebraska Supreme Court ruled the petition breached a requirement for proposed initiatives.

NMM then set its sights on this year’s ballot, but faced a significant setback when a major donor died, leaving the campaign well short of critical funds. NMM pushed on, using a grassroots approach and also filed a lawsuit in partnership with the ACLU that the parties said aimed to end a requirement violating Nebraskan voter rights. The rule in contention states valid signatures from at least 5% of registered voters in 38 counties must be obtained in order to put issues on the ballot.

“For the State to argue that the baby must go with the bathwater is eyebrow-raising.”

NMM and ACLU were very happy with the outcome, but without sufficient funding it has still been a hard-fought battle to gather enough signatures,. Even recently it didn’t appear NMM would be successful. But on Wednesday, Senator Anna Wishart – who is leading the petition drive – said the effort was “hovering near the 87,000 signatures needed to qualify”, with just one day to go.

“Today’s decision is disappointing. From our perspective, this stay adds unnecessary confusion at a critical juncture,” said statewide campaign coordinator for Nebraskans for Medical Marijuana Crista Eggers. “We will keep moving forward so that we can legalize medical cannabis and help suffering Nebraskans.”

As at around 12 hours ago, Senator Wishart said the campaign was close on counties and still had a chance. The deadline for signatures was 4pm Nebraska time today (July 7).

Previous articleUK FSA Finalises CBD Product List
Next articleCannatrek Secures Debt Funding For Victorian Cannabis Venture
Gillian Jalimnson
Gillian Jalimnson is one of Hemp Gazette's staff writers and has been with us since we kicked off in 2015. Gillian sees massive potential for cannabis in areas of health, energy, building and personal care products and is intrigued by the potential for cannabidiol (CBD) as an alternative to conventional treatments. You can contact Gillian here.
RELATED ARTICLES
News