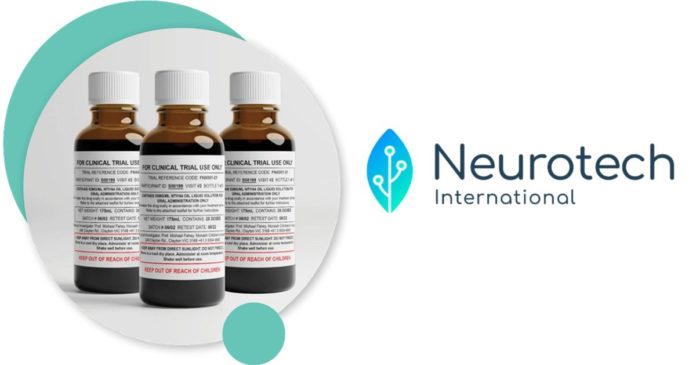 NTI’s clinical study utilised NTI164 in the treatment for paediatric Autism Spectrum Disorder (ASD). The NTI164 strain contains a high level of cannabidiolic acid (CBDA) and other minor cannabinoids, which combined work together to create an “entourage effect” more potent than CBD isolate according to the company.

CBDA is one of the many cannabinoids in hemp that has seen comparatively little research compared to cannabidiol (CBD) and tetrahydrocannabinol (THC). CBDA is a precursor to CBD. NTI164 contains less than 0.3% THC, which is is the cannabinoid associated with intoxicating effects.

Results of the clinical study involving 20 patients from 8 to 17 years-old with Level II and III ASD indicate 93% of patients showed symptom improvement after 28 days of daily treatment with NTI164. However, while involving 20 patients, it appears there were only 14 “active” patients. Among those:

NTI164 was also well-tolerated, with no serious adverse events recorded across all doses (5, 10, 15 and 20 mg/kg) and no changes noted in blood analysis or liver function tests. According to Neurotech, NTI164 measures favourably when compared to other recently completed CBD and/or THC paediatric studies.

“We are encouraged by the efficacy shown by NTI164 in this trial and we are looking forward to the extension of this trial, in addition to the planned initiation of a Phase II/III trial, to further assess the long-term safety and efficacy of NTI164 with the potential to lead to drug registration,” said Chief Investigator Professor Fahey, Monash Children’s Hospital.

While a (very) small study, it’s more encouraging news regarding the potential for medical cannabis to improve the lives of ASD patients and their families. However, it should be stressed that much more research needs to be done and therapeutic benefits and side effects (if any of either) can vary greatly between individuals.

Previous articleCannatrek Secures Debt Funding For Victorian Cannabis Venture
Next articleCBD Transdermal Gel Provides Positive Results In Seizure Control
Gillian Jalimnson
Gillian Jalimnson is one of Hemp Gazette's staff writers and has been with us since we kicked off in 2015. Gillian sees massive potential for cannabis in areas of health, energy, building and personal care products and is intrigued by the potential for cannabidiol (CBD) as an alternative to conventional treatments. You can contact Gillian here.
RELATED ARTICLES
News