HomeNewsNebraskans For Medical Marijuana To Ready For Another Go

Nebraskans For Medical Marijuana To Ready For Another Go 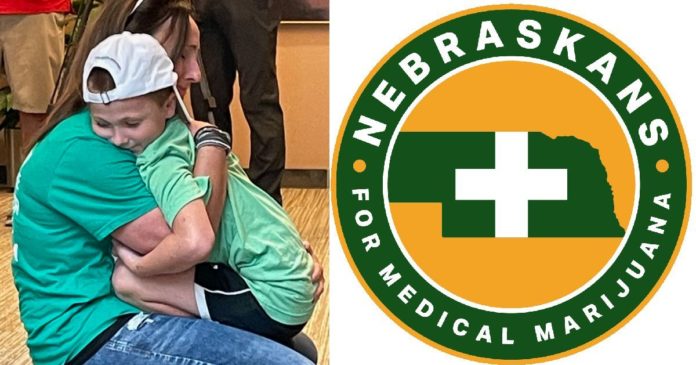 While disappointed by the news that its medical marijuana petition drive efforts have again failed, Nebraskans For Medical Marijuana aren’t giving up.

Nebraska looked pretty much set to have a formal medical marijuana program back in 2020 after Nebraskans for Medical Marijuana (NMM) collected enough petition signatures to have a related constitutional amendment appear on the ballot that year. But those hopes were dashed when the Nebraska Supreme Court ruled the petition breached a requirement.

NMM then set about getting medical marijuana on this year’s ballot and again put in a mighty effort under challenging circumstances. The petition drive collected more than 90,000 signatures on each of its petitions. Then it was a matter of crossing fingers and hoping for the best given the circumstances.

Unfortunately, early this week the Nebraska Secretary of State announced the effort did not meet the minimum qualifications of verified signatures to make the November ballot.

“To say we are devastated would be an understatement, said NMM. “Suffering Nebraskans should never be faced with having to move themselves or their families out of the state they call home just to have access to health care.”

Once the group receives the results from the Secretary of State’s office, it will analyze those and then immediately ready to qualify for the 2024 ballot.

Senator Anna Wishart has been driving force behind the efforts over the past few years . Commenting on the news, Senator Wishart said:

“I am heartbroken. I learned when everyone learned that our medical cannabis drive fell short of the signatures needed to qualify. We will take a short moment to mourn this loss, and then get up, dust off, and get back to work to legalize medical cannabis.”

Another lawmaker announced her intentions of getting medical marijuana over the line in the state. State Senator Jen Day of District 49 announced she plans to introduce legislation in the upcoming legislative session, which starts on Jan. 4, 2023.

“We will exhaust every measure possible to get Nebraskans the medical freedom they deserve and want,” said Senator Day.

Previous article
Hemp To Feature In Illinois Water Quality Improvement Project
Next article
US Forest Service Warns Employees On Cannabis Use
Gillian Jalimnson
Gillian Jalimnson is one of Hemp Gazette's staff writers and has been with us since we kicked off in 2015. Gillian sees massive potential for cannabis in areas of health, energy, building and personal care products and is intrigued by the potential for cannabidiol (CBD) as an alternative to conventional treatments. You can contact Gillian here.
RELATED ARTICLES
News