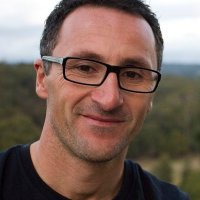 Senator Richard Di Natale is leader of the Greens political party in Australia, a medical cannabis advocate and a former General Practitioner.

Dr. Di Natale graduated with a Bachelor of Medicine and Bachelor of Surgery degree, then went on to acquire Master of Public Health and Master of Health Science degrees. Before he entered politics, he worked as a GP, public health specialist and in the drug and alcohol sector.

As a politician, he was elected to the Senate in the 2010 Australian federal election.

Prior to becoming leader of the Greens in 2015, he introduced The Regulator of Medicinal Cannabis Bill in 2014, which was designed to provide for a national system for regulating the production and use of medicinal cannabis products and related activities. The bill has the support of MPs from across the Parliament but has not been voted on.

Dr. Di Natale is also Co-convenor of the Parliamentary Group for Drug Policy and Law Reform.

In other words, the good doctor knows a thing or two about medical cannabis and cannabis generally. Far from jumping on the cannabis bandwagon recently as some politicians have; the senator has been at the forefront of pushing for change.

Senator Di Natale’s goal on this issue is to see policy reform implemented that will ensure every patient who needs medicinal cannabis has access to it.

“This is our nation’s chance to relieve the pain and suffering of many Australians if we can just come together and show parliament at its best,” he has previously stated.

He may get to see this happen – other related legislation was introduced last week by the Federal Government, which says it will enable access to medicinal cannabis products sourced from locally cultivated crops.

While Senator Di Natale welcomed this development, he did so cautiously; acknowledging the creation of a national framework for cultivation and manufacture is an important step. However, it’s not the whole box and dice.

“The Health Minister has labelled its medicinal cannabis legislation the ‘missing piece’ when it is really just the first piece of the puzzle,” said Senator Di Natale.

“This bill does nothing to change the fact that cannabis is scheduled as an illegal drug that cannot be prescribed by a doctor.”

Senator Di Natale believes there is still “a long way to go”. In the meantime, people who could benefit from medical marijuana continue to suffer; or are acting illegally in order to improve their quality of life.

Previous articleMormons Clarify Stance On Medical Marijuana
Next articleVirgin Islands Considering Industrial Hemp Bill
Gillian Jalimnson
Gillian Jalimnson is one of Hemp Gazette's staff writers and has been with us since we kicked off in 2015. Gillian sees massive potential for cannabis in areas of health, energy, building and personal care products and is intrigued by the potential for cannabidiol (CBD) as an alternative to conventional treatments. You can contact Gillian here.
RELATED ARTICLES
News