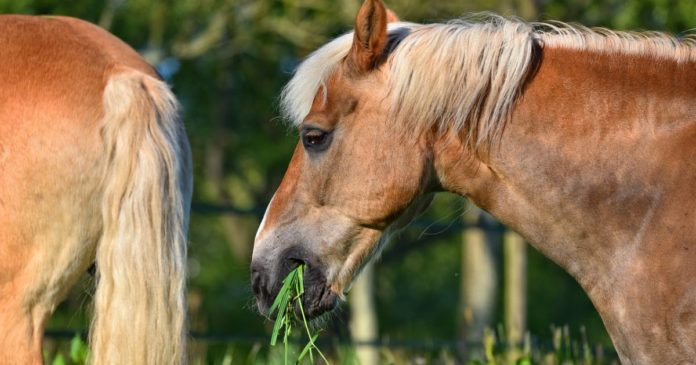 Montana’s  Department of Agriculture has released a document providing guidelines concerning the use of hemp and cannabidiol in commercial animal feed.

In April this year, Montana Governor Greg Gianforte signed a bill into law that clarified hemp seed food ingredients and hemp-derived products can be used as commercial feed in the state.

But there are a number of rules and exceptions involved.

For example, as hemp and substances derived from it are not yet generally recognized as safe or approved as food additives under the Food, Drug, and Cosmetic (FD&C) Act, livestock fed hemp in Montana cannot enter interstate or intrastate commerce as the animals and meat would be considered “adulterated” under the FD&C.

It’s crazy stuff, but at least Montana is heading in the right direction where some other states are still spinning their wheels.

Montana’s recently released Hemp and Cannabidiol Policy for Use in Animal Feed stipulates pets and horses are the only livestock species approved for hemp in animal feed at this point. Approval for other livestock such as cattle, sheep and poultry hinges on the thumbs up from the Food and Drug Administration’s Center for Veterinary Medicine (CVM).

However, it appears this directive does not include natural occurring cannabinoids such as CBD in plant material. As for THC, hemp or substances derived from cannabis with no greater than 0.3% THC are permitted for use.

Also not permitted is any hemp substance intended for therapeutic use, or a substance other than feed intended to affect the structure or any function of the body of animals, or any hemp-derived products that do not contribute nutrition, taste, or aroma, or have a technical effect on the feed.

The Montana Department of Agriculture policy document can be viewed here.

Previous article
Cann Pharmaceutical Eyes Tamworth Region For Cannabis Facility
Next article
Colorado Submits Hemp Plan To Feds
Gillian Jalimnson
Gillian Jalimnson is one of Hemp Gazette's staff writers and has been with us since we kicked off in 2015. Gillian sees massive potential for cannabis in areas of health, energy, building and personal care products and is intrigued by the potential for cannabidiol (CBD) as an alternative to conventional treatments. You can contact Gillian here.
RELATED ARTICLES
News