Home News Missouri Could Miss Out On Medical Cannabis Vote 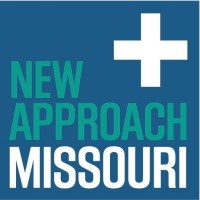 The removal of signatures supporting a medical cannabis initiative in Missouri means the issue may not appear on the November ballot.

An initiative spearheaded by New Approach Missouri would empower state-licensed physicians in Missouri to determine who will benefit from medical cannabis. It would also allow for limited and regulated patient cultivation, a small tax to benefit Missouri veterans and streamlined regulations. There is no scope within the initiative for recreational use.

Roughly 10,700 signatures supporting the initiative in a particular district were invalidated by a government department, leaving the campaign a couple of thousand short. The reasons for the mass invalidation aren’t clear.

“The citizens overwhelmingly want Missouri to be the 26th state to allow state licensed physicians to recommend medical marijuana to patients with debilitating illnesses,” said Jack Cardetti, the group’s spokesman. “Later this month, we will ask the courts in Missouri to overturn some of these invalidated signatures, so that this initiative can appear on the November ballot.”

The group isn’t suggesting the signatures were invalidated out of ill-will towards the campaign, but that errors were perhaps made due to staff being overworked in the lead-up to November polling.

If the proposal should wind up on the ballot, there’s a very good chance it will be a winner.

There appears to be significant support for medicinal marijuana in the state. A mid-July poll indicated 62% of Missourians would vote yes on the initiative, compared to just 27% who were opposed. Another poll taken in late July indicated an even higher level of support; 66-27%.

Under the proposed program, Missouri resident patients will need to register with the Missouri Department of Health and Senior Services, pay a $25 fee, lodge an application and gain a certification from a Missouri-licensed physician. Qualifying conditions would include any that a physician determines could benefit from the use of cannabis.

The full text of the initiative can be viewed here (PDF).

The initiative isn’t the first serious attempt to legalise cannabis for medicinal purposes in the state. A bill that would have seen medical marijuana made legal was voted down by the Missouri House of Representatives in April this year. However, support in the House was strong – the bill was defeated by a single vote (67-66).

USDA: Hemp Rules “A Couple Of Weeks” Away