HomeNewsNebraska To Vote Yes To Medical Cannabis In 2020?

Nebraska To Vote Yes To Medical Cannabis In 2020? 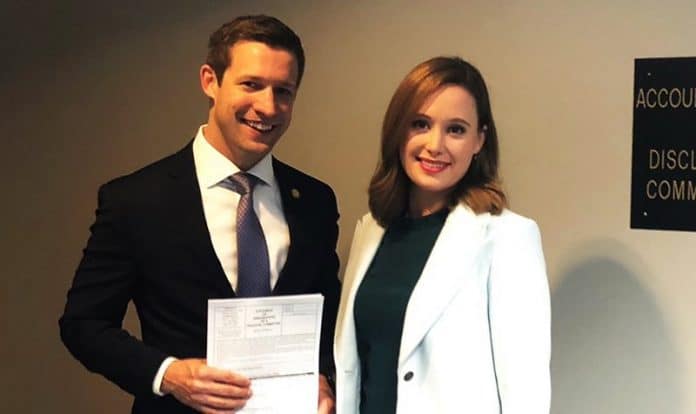 Two Nebraska state senators have set their sights on 2020 ballot initiative to reform marijuana laws in the state.

While the majority of U.S. states have medical marijuana laws these days, Nebraska remains a holdout. Previous attempts have been made, such as 2015’s “Cannabis Compassion and Care Act,” but in 2016 the bill was blocked by a Senate filibuster and failed to advance.

There is currently no cannabis marijuana program or any other allowances for patients in Nebraska.

Seeking to address this issue, Senators Anna Wishart and Adam Morfeld have formed a campaign committee called Nebraskans for Sensible Marijuana Laws (NSML), which aims to see a compassionate  law introduced in the state. On Thursday, the senators filed paperwork for the 2020 ballot initiative with the state’s Accountability & Disclosure Commission.

An attempt by Senator Wishart  to introduce a state constitutional amendment on this year’s ballot was blocked by the legislature.

A Facebook page has been established for the 2020 ballot campaign, and at the time of writing had attracted close to a thousand followers in less than a week.

“Elected officials have had their opportunity to take action and failed,” said Senator Morfeld. “Patients cannot wait any longer, and it’s now time for Nebraska voters to decide this issue.”

Among the campaign’s early supporters and partners is the Marijuana Policy Project (MPP), the deputy director of which is also a committee member of NMSL.

“Medical marijuana is a bipartisan issue that enjoys strong support across the country, including in conservative states like Nebraska,” said MPP’s deputy director, Matthew Schweich. “We are confident this campaign will be successful at the ballot box in 2020.”

In addition to co-chairs Senator Wishart and Morfeld, and Mr. Sweich, the committee so far also consists of three other members – a Republican, a Democrat and an independent. The committee will ultimately gear up for a signature gathering campaign, but will first form steering committees, draft initiatives, fundraise and conduct public opinion research.

As well as a compassionate medical marijuana law, the group will also look at other aspects of related reform in Nebraska.

According to Omaha.com, a survey carried out in November last year found 77 percent of respondents said they would vote “yes” on a ballot question to permit medicinal marijuana.

Previous articleNZ Medicinal Cannabis Legislation Passes
Next articleMedical Cannabis Advertising Campaign Kicks Off In NZ
Gillian Jalimnson
Gillian Jalimnson is one of Hemp Gazette's staff writers and has been with us since we kicked off in 2015. Gillian sees massive potential for cannabis in areas of health, energy, building and personal care products and is intrigued by the potential for cannabidiol (CBD) as an alternative to conventional treatments. You can contact Gillian here.
RELATED ARTICLES
News