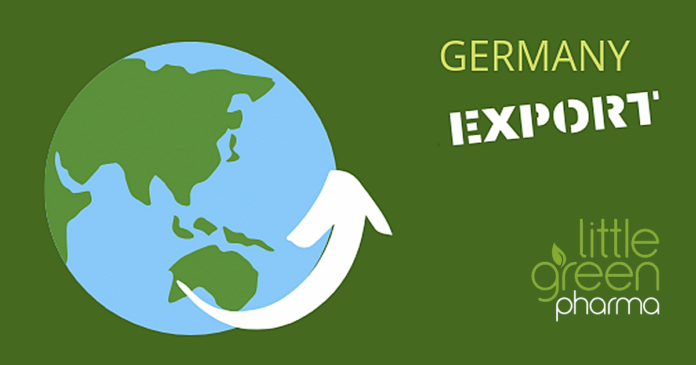 Australia’s Little Green Pharma announced last week it had exported a sample of its commercial medical cannabis products to a company in Germany for product testing.

The products (10:10 LGP Classic and 20:5 LGP classic) have been sent to German cannabis distribution and wholesaler Cansativa GmbH. After testing is completed, Cansativa will finalise vendor qualification; ensuring compliance with EU regulatory requirements.

“This partnership with Cansativa also highlights that our goal of bringing high-quality, cost-competitive Australian-produced medicinal cannabis to patients around the world has become a reality,” said Ms. Solomon. “We are thrilled to be working with a company of Cansativa’s standing, with this partnership just the beginning in LGP achieving its global export goal.”

Germany is keen on importing medicinal cannabis from outside its borders. While it was legalised in the country in 2017, domestic cultivation hasn’t kept up with demand due to issues with tendering processes.

“LGP will help us to tackle the growing supply problems in the German market and secure the amount of deliveries necessary to meet the increasing demands by patients,” said  Cansativa Co-Founder and Co-Managing Director, Benedikt Sons. “This agreement is an important step in ensuring security of supply for patients in Germany.”

Little Green Pharma was granted licenses to cultivate and produce cannabis by Australia’s Office of Drug Control in April 2017. It harvested what was claimed to be Australia’s first crop of commercial-use medical cannabis in May last year and has had harvests since. The most recent harvest acknowledged was in June this year.

As we’ve mentioned in the past, the company plays its cards pretty close to its chest, a luxury it has through being a private entity that doesn’t have to satisfy shareholder demand for a constant stream of (positive) news. That said, it’s certainly been kicking goals that other companies would likely be quite envious of.