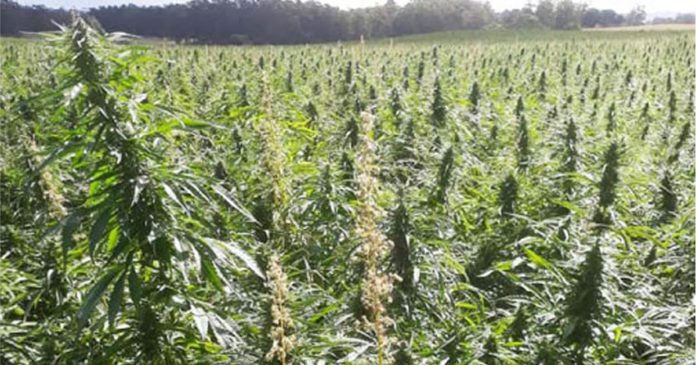 Tasmania’s Kindred Organics has been named a winner in the 2021 delicious. Harvey Norman Produce Awards.

As Australians become more aware of not just what is in their food, but how it was produced, farming methods are becoming increasingly under the spotlight and organic foods are enjoying growing popularity.

Now in its 16th year, the delicious. Awards celebrate new, innovative, native and consistently outstanding Australian ingredients grown, caught, sourced or produced with dedication, passion, knowledge – but also with regard for the environment.

“During a time of unprecedented change, including flood and the Covid-19 pandemic, acknowledging the resilience and the dedication that Australian farmers, fishermen and artisans show their craft has never been more important,” said delicious. editorial director Kerrie McCallum.

Among the 17 trophies awarded this year was one to Kindred Organics, which took out the Best New Product category for its organic certified hemp.

The Damen family has been using organic farming methods for more than a decade to grow healthy alternative grains and seeds including quinoa, spelt, buckwheat, oats and hemp.

“We really admire the environment around us and love the way organic farming flows with the natural balances,” state the Damen family, which not only grows but also processes and packs all products on the farm situated near Kindred, on the North-West coast of Tasmania.

Unlikely some foods that have been dubbed “superfoods”, hemp seed is deserving of the status. In addition to its high nutritional value, it can be consumed in a number of ways – raw or cooked, sprouted, as a flour, as hemp seed oil and used to create plant-based “milk”. Hemp seed can also form the basis of a high quality protein powder.

It was only in recent years hemp seeds were permitted as a food in Australia – and we were one of the last countries to lift the previous and ridiculous ban. Since that time, a plethora of hemp seed food products have been made available to Australians, both online and on supermarket shelves across the country – including major retailers such as Coles and Woolworths.

Previous articleMedical Cannabis Portal Launched For U.S. Veterinarians
Next articleMediPharm Labs Australia Scores Federal Government Cash
Gillian Jalimnson
Gillian Jalimnson is one of Hemp Gazette's staff writers and has been with us since we kicked off in 2015. Gillian sees massive potential for cannabis in areas of health, energy, building and personal care products and is intrigued by the potential for cannabidiol (CBD) as an alternative to conventional treatments. You can contact Gillian here.
RELATED ARTICLES
News