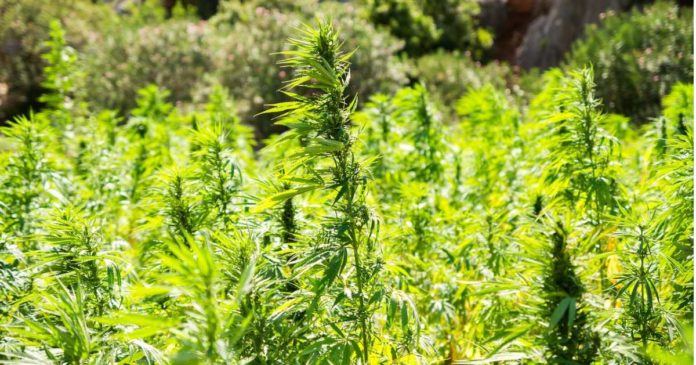 The Kentucky Hemp Association (KYHA) has made its stance very clear regarding recent police raids on hemp stores in the state.

While Delta-8 THC is a naturally occurring cannabinoid in cannabis, it is only present in very small quantities. But it can be created through the manipulation of cannabidiol (CBD) derived from hemp. The increasing popularity and availability of delta-8 is causing headaches for industry, lawmakers and law enforcement.

“This can not stand,” said the Association. “The KYHA and numerous individual members have retained legal counsel to fight back against this encroachment into our industry.”

The Association says the raids and seizures represented a gross misrepresentation of federal law.

“We learned that Kentucky State Police used “the Delta-8 Letter” from Joe Bilby at the Kentucky Department of Agriculture,” it states.

Mr. Bilby is General Counsel for the Department. The letter (hat-tip to HempSupporter) was sent by Mr. Bilby back in April this year and states the manufacture and marketing of products containing Delta-8 THC, in any quantity or concentration level, remains prohibited by federal law.

But many would disagree as federal law concerning hemp only refers to Delta-9 THC specifically. This is what has led to the explosion of Delta-8 THC products. One of the many concerns about its proliferation is its lack of quality control and wide availability, including in gas stations and convenience stores.

A number of states have made moves to clamp down on Delta-8. Among them, Michigan Governor Gretchen Whitmer signed legislation regulating the intoxicating cannabinoid last week. Connecticut also recently closed loopholes that were enabling delta-8 and other THC variants present in products derived from hemp to be sold outside of appropriately licensed premises.

The KYHA is raising funds for a legal battle and has had challenges there too, after a popular crowdfunding platform shut down its campaign.

The association wants its members to be able to sell Delta-8 THC products that are below 0.3% Delta-9 THC.