There’s reportedly been a huge deal of interest in Wisconsin’s industrial hemp pilot program, but also an unpleasant surprise for some prospective farmers.

In March, we mentioned licensing applications were being accepted by the Department of Agriculture, Trade and Consumer Protection (DATCP), following Governor Scott Walker signing Senate Bill 119 into law late last year that directed an industrial hemp pilot program be established in the state.

That application period has now ended and Fox11 News reports preliminary results indicating DATCP received 341 applications. 248 of those were applications to grow industrial hemp and 94 were in relation to processing the plant.

There will be no limits on the number of licenses issued or the number of acres registered. If an application meets DATCP’s requirements, a license will be granted.

The ideal seeding time for industrial hemp production in Wisconsin is from mid-May to mid-June, so participants will miss optimum conditions this year, but hopefully will be good to go by the 2019 growing season.

“CBD oil and other CBD products, with or without THC, are illegal to possess or distribute within the state of Wisconsin except for patients with a doctor’s certification in very limited circumstances.”

Its reasoning is based on the fact the federal Drug Enforcement Administration (DEA) considers CBD a Schedule 1 substance illegal in all circumstances, regardless of whether it is derived from a marijuana industrial hemp plant.

“..and any sale of CBD products across state lines is still illegal regardless of the individual laws in that state,” says the WSIC statement.

This advice of course includes industrial hemp grown and processed under license and registration from the Wisconsin Industrial Hemp Research Pilot Program as it also covers production. Many prospective participants will no doubt be disappointed by this as the CBD market is lucrative and there’s significant demand.

Cannabidiol being considered Schedule 1 by the feds is very contentious as it doesn’t fit the criteria, so it will be interesting to see if WSIC’s statement is challenged. Also, if the WSIC is going to go by such an interpretation of federal law, then it should realise Schedule 1 means “no currently accepted medical use” (which is incorrect anyway), meaning that the exceptions it states above, aren’t. 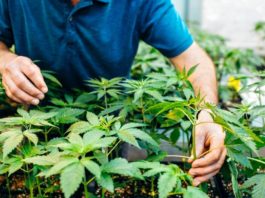 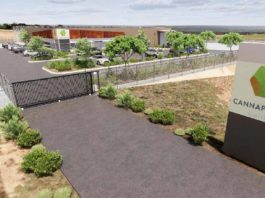 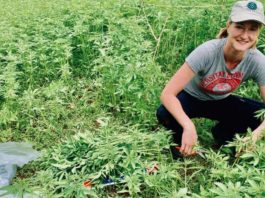