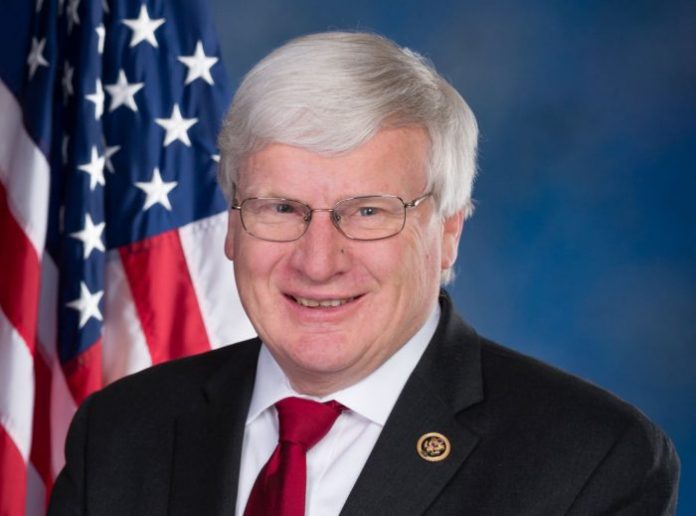 Republican congressman Glenn Grothman has joined nine others in his party and fifteen Democrats as co-sponsors of the Industrial Hemp Farming Act (H.R. 3530).

Passage of H.R. 3530 would see the Controlled Substances Act amended to exclude industrial hemp from the definition of “marihuana” (as it’s referred to in the Act).

“Industrial hemp plays a large role in Wisconsin’s agricultural history, and legalizing it now will only benefit Wisconsin,” said Congressman Grothman. “Non-narcotic industrial hemp makes our economy stronger by providing an additional revenue stream for farmers, and is useful in other areas like construction and manufacturing.”

In April this year, Wisconsin Governor Scott Walker signed a Bill into law expanding the use of the non-intoxicating therapeutive cannabinoid, cannabidiol (CBD) – a compound that can be extracted from industrial hemp.

The Act would define industrial hemp as being Cannabis sativa L. and any part or derivative of the plant, including viable seeds, whether growing or not. It is stipulated that in order to be considered industrial hemp, no part of the plant may have a delta-9 tetrahydrocannabinol (THC) concentration of more than 0.3 percent on a dry weight basis.

A full list of co-sponsors the Act can be viewed here – the list has grown substantially since the original 15 signed on.

Attempts have been made in the past few years to grow industrial hemp in Wisconsin – and some haven’t ended well. In 2015 we reported the DEA destroyed an industrial hemp crop being grown by the Menominee Indian Tribe of Wisconsin, which claimed it was cultivating the crop within the spirit of the 2014 Farm Bill.

As we mentioned in our June post regarding Hemp History Week, implementation of the Act could see the US again be a world leader in hemp cultivation and of manufacturing related products, changing its current status as the largest importer of industrial hemp material.

Industrial Hemp was first cultivated in the USA in the early 1600’s, but effectively made illegal under the 1937 Marihuana Tax Act. Industrial hemp was then classified as marijuana under the Controlled Substances Act in 1970.

Previous articleMedical Cannabis In The Philippines – Still A Hard Road Ahead
Next articleRichard Branson Backs Medical Marijuana To Battle Opioid Epidemic
Steven Gothrinet
Steven Gothrinet has been part of the Hemp Gazette in-house reporting team since 2015. Steven's broad interest in cannabis was initially fueled by the realisation of industrial hemp's versatility across multiple sectors. You can contact Steve here.
RELATED ARTICLES
News