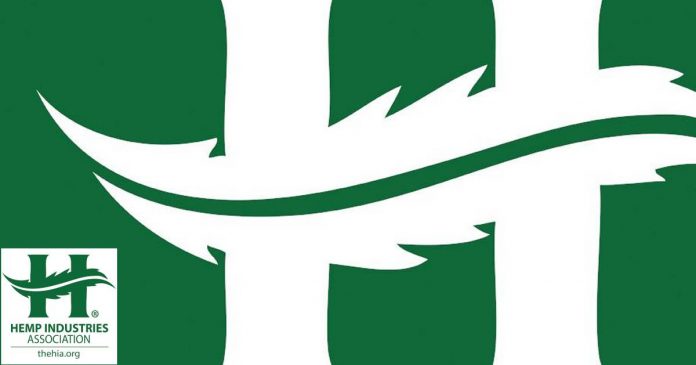 The USA’s Hemp Industries Association’s new campaign seeks to address what it says is  Facebook’s current advertising policy of prohibiting marketing and promotion of industrial hemp via Facebook and Instagram.

Hemp was redefined as an agricultural commodity and removed from the Controlled Substances Act with the signing into law of the 2018 Farm Bill early this year. This also saw hemp removed from the jurisdiction of the Drug Enforcement Administration.

But even prior to the 2018 Farm Bill, many hemp products could be legally purchased in the USA. It was just that it couldn’t be grown legally at a Federal level, although many states used provisions in the 2014 Farm Bill to enable cultivation and production.

In short, hemp now is legal in the USA.

“But hemp entrepreneurs nationwide are currently being denied access to one of the most powerful marketing platforms in the world for small businesses restricted to outdated policies that continue to conflate hemp with marijuana,” says HIA Executive Director Colleen Keahey Lanier.

The HIA is bringing attention to the issue in a very public way. Until August 24, a digital advertisement will be run daily in Times Square that reads: “Facebook: Stop Censoring Hemp.”

“They use a wide-reaching platform to communicate and so are we,” said Ms. Lanier “Hemp advertisements are allowed in Times Square, so why not on Facebook? Hemp is completely legal under federal law.”

The campaign is being run in association with  Hoban Law Group, Bluebird Botanicals and Bish Enterprises.

In addition to the Times Square advertisement, the collaboration has seen the development of the HempIsLegal web site, also mentioned on the ad, which promotes a petition demanding an end to the disruption of the hemp industries – including the censoring of related advertising and prohibition of services that should be available to lawful hemp-related businesses.

Apparently, Facebook’s hemp advertising policy doesn’t just affect vendors in the USA. A recent alleged example of this is the case of a Finnish company that reportedly invested a significant amount time and money in building a hemp community on Facebook to support its business model – and then Facebook started rejecting its ads. It’s not as though the company – Hemprefine Oy – is involved with the medicinal side of hemp (e.g. CBD) either. It produces hemp pellets, hemp-lime concrete, hemp hurds for gardening and hemp fibre for the domestic and foreign bio-composites industry.