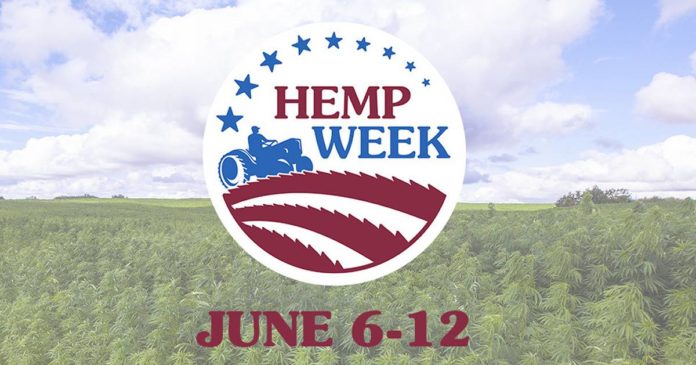 What was previously known as Hemp History Week in the USA started on the weekend with a new name – Hemp Week.

An initiative of the Hemp Industries Association (HIA) and now in its 11th year, the event is supported by industry participants and advocates from all over the USA. Last year’s Hemp History Week was a particularly positive one given the earlier signing of the 2018 Farm Bill that took hemp off the controlled substances list at a federal level.

The theme of this year’s Hemp Week is “Hemp. It’s Everything.” and will focus on educating consumers on the many uses of the plant.

“If we are going to grow the hemp economy we first need to show people their choices,” said Campaign Manager Ryann Hinch . “This new direction for Hemp Week will begin looking outside our industry to engage with people that may have never thought hemp was a viable and sustainable replacement for many of the products they use on a daily basis.”

Perhaps we’ll finally see a full list of the 25,000 claimed uses for hemp that is often bandied about but has never been well defined. However, there is no doubt hemp is an incredibly versatile plant that can be used for multiple applications; everything from food to fuel to cosmetics, textiles, construction, medicines and plastics.

The “official” Hemp Week is running from June 6 -12 this year, but HIA says while traditionally its campaign was limited to a single week, it will now be a year-round effort with new initiatives being launched on an ongoing basis.

“For the good of our farmers, our industry as a whole and our planet. That takes more than just one week a year,” stated HIA President Rick Trojan.

While it hasn’t been without its challenges, the USA’s hemp industry is growing rapidly. The 2019 growing season was another big one, after tripling in 2018. 2020 is shaping up pretty well, even in the face of COVID-19 and some ongoing regulatory issues – and perhaps with more realistic expectations from participants this year.

More details about Hemp Week can be found here.