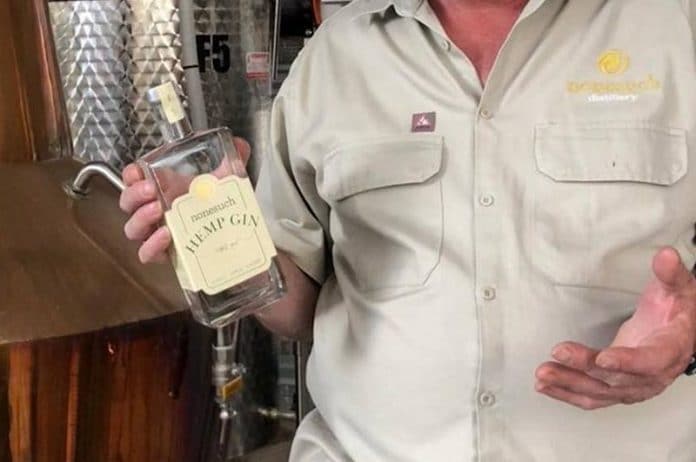 An Australian distiller of hemp gin reportedly had ads promoting its tipple banned by Facebook – and the company has been super-busy since.

Tasmania’s Nonesuch Distillery produces a range of gins, including one containing hemp seed as an ingredient. The company had been advertising it on Facebook, but says it fell afoul of the social networking giant in doing so.

“Facebook thinks the Nonesuch Distillery Hemp Gin is an illicit or illegal drug and has cancelled the advertising account because that would breach their guidelines,” stated the company last week. “No amount of explanation that hemp seeds are not a drug and are an approved food in Australia has had any impact on their decision.”

In fact, hemp seed foods are also legal in Facebook’s home country – the USA – and have been for a long time. Australia was late on the scene with hemp foods – it was one of the last countries in the world to lift a ban on these products, which occurred last year after a battle that spanned more than a decade.

Hemp seeds contain next to zero THC – marijuana’s intoxicating compound – and are highly nutritious (although probably not so much when used in gin).

Anyway, nonesuch Distillery requested its Facebook followers to share its post on the issue in the hope the social network would reassess its position. That doesn’t appear to have happened yet, but the issue has drawn a lot of attention to the company; including resulting in a segment on Australia’s national public broadcaster, ABC.

The coverage appears to have boosted sales of the hemp gin, with Nonesuch reporting it spent Tuesday readying another 250 bottles of the drop. And it’s not cheap either – costing AUD $69 a bottle.

While fortunately for the company it has been a case of making lemonade from lemons, it’s another example of the challenges that the hemp foods sector faces – even though humanity has been consuming hemp seeds for thousands of years.

As for Facebook, it’s not alone when it comes to these sorts of issues. Evolution of the cannabis/hemp sector has greatly accelerated in recent years thanks to archaic and draconian laws being changed and many organisations have had trouble keeping up with what’s happening.

Another Push For Industrial Hemp In Missouri

Support For Medicinal Marijuana In The U.S Remains Strong