HomeNewsCBD Medicine Approved For TSC Treatment In The USA

CBD Medicine Approved For TSC Treatment In The USA 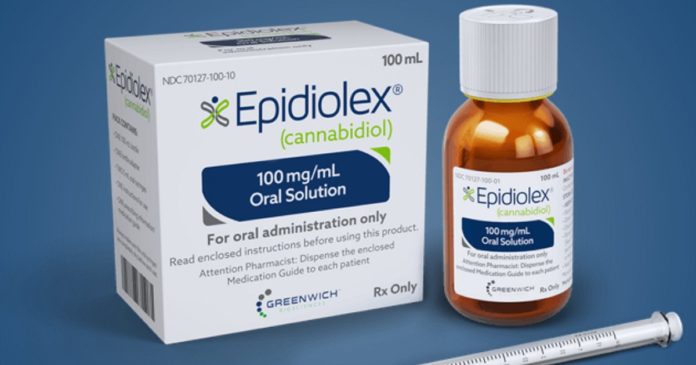 GW Pharmaceuticals has achieved one of its goals for this year – seeing Epidiolex approved for the treatment of seizures associated with tuberous sclerosis complex (TSC).

The U.S. Food and Drug Administration announced approval of Epidiolex for TSC last Friday, a cannabidiol based medicine previously approved for treatment of seizures associated with Lennox-Gastaut syndrome (LGS) and Dravet syndrome (DS); both rare and severe forms of epilepsy.

“The FDA continues to believe the drug approval process represents the best way to make new medicines, including any drugs derived from cannabis, available to patients in need of appropriate medical therapy such as the treatment of seizures associated with these rare conditions,” said the Administration.

Tuberous sclerosis complex affects close to a million people worldwide and causes mostly benign tumors to grow in various organs – including the brain. Epilepsy presents in around 85 percent of TSC patients and may progress to become intractable – meaning being difficult to manage using conventional medications.

Epidiolex was the first and at this point remains the only CBD medicine approved by the FDA. GW Pharmaceuticals has also received approval for the medicine in the European Union for the treatment of Lennox‑Gastaut syndrome and Dravet syndrome, where it is marketed under the name Epidyolex. GW says its TSC EMA submission is currently under review.

Kari Luther Rosbeck, President and CEO of the Tuberous Sclerosis Alliance, said approval of Epidiolex in the USA was a major step forward for the TSC patient community.

“New treatment options are desperately needed, and this approval adds another option for those impacted by this difficult disease,” Mr. Rosbeck stated.

GW CEO Justin Gover said as Epidiolex is already available to patients by physician’s prescription, patients with TSC can immediately access the medicine.

Another group very happy with the news were GW shareholders, with its share price up significantly higher on the news.

Aside from Epidiolex, GW Pharmaceuticals has a lot happening on the cannabis front; including a Phase 3 trial in Rett syndrome and cannabinoid product candidates for the treatment of spasticity associated with multiple sclerosis and spinal cord injury, PTSD, autism and schizophrenia.