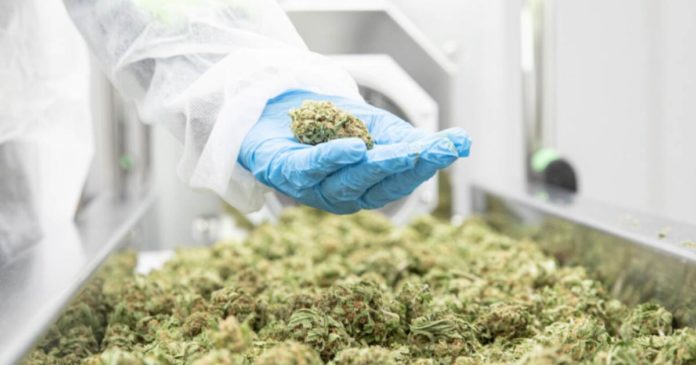 Australian medical cannabis company ECS Botanics (ASX:ECS) has announced it will be supplying a vaporiser device for use with medicinal dried flower.

The company says it has signed an agreement to import and supply a Smart Inhaler and associated software from an as yet un-named company that will provide metered-dose administration.

“The dose-measuring inhalers and cartridges provide patients with useful control and feedback,” said General Manager Commercial, Blaise Bratter. “The benefit of controlled measured inhalation, will allow both patients and doctors to optimise treatment for the most effective therapeutic benefit.”

A release date for the product wasn’t mentioned, although ECS said it would be available soon. Cartridges for the device will be filled with ECS flower processed at the company’s GMP facility.

In other news from ECS Botanics, the firm announced its first shipment of  cannabis oils and flower from Australia to Switzerland; which may also be an Australian first. The shipment is in connection with a 3-year supply agreement with Medropharm AG signed in August this year.

ECS also reported that despite logistical challenges relating to recent flooding events that have resulted in some unexpected costs, it is expecting a material increase in quarter on quarter revenue.

Last month, the company said the region in which its medicinal cannabis production and processing facility is located was subject to severe flooding from the Loddon River. The site has not been flooded before, but ECS invested in substantially increasing levee banks to protect the facility; an action that was successful.

While it has been a challenging year for the firm, it’s also been a positive one as it pivots to focusing its operations entirely on medicinal cannabis; a move announced in June this year. ECS found a buyer for its hemp food and wellness division Ananda Foods in July, and another for its Tasmanian business and assets in October.

“We are excited to add a new product to our range and to report on the strong sales growth during the quarter,” Ms. Schoerie said. “With increased production we are onboarding new customers both locally and overseas.”

Previous article
US Cannabis Banking Bill Dead. Again. For Now.
Next article
Medical Cannabis Again Showing Promise For PTSD
Gillian Jalimnson
Gillian Jalimnson is one of Hemp Gazette's staff writers and has been with us since we kicked off in 2015. Gillian sees massive potential for cannabis in areas of health, energy, building and personal care products and is intrigued by the potential for cannabidiol (CBD) as an alternative to conventional treatments. You can contact Gillian here.
RELATED ARTICLES
News