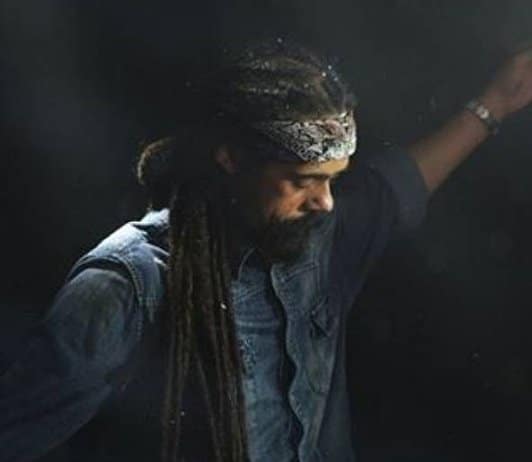 We’ve mentioned the project at the Claremont Custody Center in Coalinga, California  previously – and the irony that the facility once incarcerated cannabis users; a situation not lost on Damian.

“Many people sacrificed so much for the herb over the years who got locked up,” said Mr. Marley.

“If this [venture] helps people and it’s used for medicinal purposes and inspires people, it’s a success.”

Originating in San Fernando Valley, California Ocean Grown Extracts has been extracting concentrates since 2011 and says it has been working on perfecting its OG strain for more than twenty years. That would place it around the beginning of medical marijuana being legalized in California, which happened in 1996.

Ocean Grown Extracts expects to be producing oil at the new Coalinga facility by the end of November and will harvest its first cannabis crop before January.

The Ocean Grown Extracts partnership isn’t Mr. Marley’s first foray into cannabusiness. He recently announced a partnership with Colorado-based TruCannabis that will see the launch of Stony Hill, a dispensary and cultivation center to be opened in Denver, Colorado. The same name will be used for Mr. Marley’s fourth album.

“While many artists have attached and licensed their names to products as part of today’s cannabis renaissance, Marley’s partnership here marks the first true alliance between an artist and dispensary,” stated TruCannabis.

Like his father, he has been a passionate supporter of medicinal marijuana for much of his life. No doubt he was influenced by his dad; even though Bob passed away when Damian was just two.

Damian Marley formed his first band at the age of 13, the Shephards. He describes his musical style as dancehall and reggae.

The two cannabusiness ventures above may not be the last we hear of from Mr. Marley – it’s rumoured more are in the works.

Previous articleNorth Dakota’s First Industrial Hemp Crop Harvested
Next articleThailand To Reclassify Cannabis And Hemp Soon
Gillian Jalimnson
Gillian Jalimnson is one of Hemp Gazette's staff writers and has been with us since we kicked off in 2015. Gillian sees massive potential for cannabis in areas of health, energy, building and personal care products and is intrigued by the potential for cannabidiol (CBD) as an alternative to conventional treatments. You can contact Gillian here.
RELATED ARTICLES
News