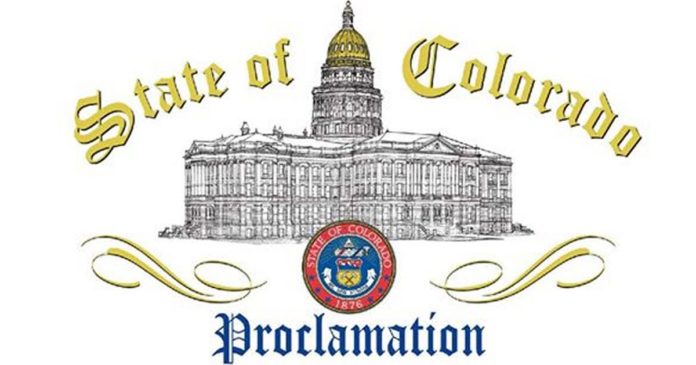 Last week was Hemp Week across the USA, but in the state of Colorado a special local event was officially proclaimed by the state’s government.

As we recently mentioned, a national Hemp Week was held last week – an initiative of the Hemp Industries Association (HIA) that is now in its 11th year. Colorado’s state government took things a step further by issuing an official proclamation declaring Colorado Hemp Week; with a slightly different timeline – June 7 – 13.

“Colorado was the first state in the nation to bring back the cultivation of hemp after 75 years of prohibition and we lead the nation in industrial hemp production acreage,” said a post on Governor Jared Polis’s Facebook page. “Hemp is a necessary agricultural commodity to promote conservation and hemp products can provide sustainable solutions and options for consumers and businesses.”

The Proclamation also states Colorado was the first state in the nation to recognize hemp as a food product.

Colorado voters authorized hemp production in 2012, and the first experimental crops were planted the following year. This was before the federal 2014 Farm Bill that contained provisions for growing hemp for research purposes.

According to VoteHemp, 52,275 acres of hemp were grown in Colorado last year. Unfortunately, this and other states’ contribution resulted in in a production oversupply that saw prices plummet.

Still, the Colorado Government is continuing to back hemp, committing to building strong hemp businesses that employ thousands across the state. It is also committed to expanding research and development of the industry with a “Hemp Center of Excellence”.

Under the 2018 Farm Bill, hemp production became legal at a Federal level. However, states are required to submit plans for approval by the USDA in order to operate under that Bill. Colorado is still preparing its plan, so will continue under the provisions of the 2014 Farm Bill for much of this year, which is permitted. The USDA approved state plan is to be adopted November 1, 2020.

The Colorado Department of Agriculture regulates cultivation of industrial hemp in the state and also administers a certified seed program, but it does not have jurisdiction over the processing, sale or distribution of the crop.