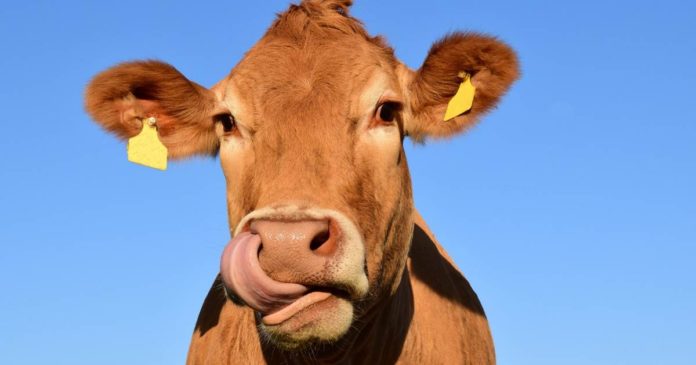 As the push for allowing hemp to be used for animal feed in the USA continues, a minor cannabinoid has shown promise in easing stress in cattle.

Research by Asst. Prof. Kleinhenz and his team indicate hemp containing cannabidiolic acid, or CBDA, may decrease stress and inflammation. CBDA is one of the many cannabinoids in hemp that we’re really yet to scratch the surface of understanding.

Feeding cattle hemp is a thorny issue, with it remaining illegal at a federal level in the USA – although some states have gone their own way with other livestock. One of the concerns of feeding hemp to livestock generally is with regard to cannabinoids remaining within the animal, that will then be consumed by humans.

But CBDA also appears to have an attribute that could help put regulatory minds at ease.

“For instance, we now know that repeated daily doses of CBDA via feeding hemp does not result in accumulation of cannabinoids in the blood,” said Asst. Prof. Kleinhenz. “Additionally, it solidified previous research and shows that each cannabinoid has its own absorption and elimination profile.”

Another benefit observed in the study was when feeding cattle industrial hemp, they lie down more – and this can help with digestion and the production of saliva.

The results of the study, which was funded by a grant from the USDA’s National Institute of Food and Agriculture, have been published in the journal Scientific Reports. This study was a short term effort and further research is required to determine if cannabinoids can be useful in helping cattle during stressful times such as transportation and weaning.

Two related previous studies (here and here) from the K-State researchers looked at nutrient concentration, digestibility and cannabinoid concentration of various hemp components, and plasma concentrations of eleven cannabinoids in cattle after feeding on the plant.

On a related note, we recently mentioned the USA’s Association of American Feed Control Officials (AAFCO) published a joint letter of concern over hemp being allowed in feed in some states. The signatories recommend state leaders and hemp supporters work through existing regulatory pathways.

Previous articleNew Mexico Health Authorities Reassure Medical Cannabis Patients
Next articleIND Hemp And Hempitecture Hook Up
Gillian Jalimnson
Gillian Jalimnson is one of Hemp Gazette's staff writers and has been with us since we kicked off in 2015. Gillian sees massive potential for cannabis in areas of health, energy, building and personal care products and is intrigued by the potential for cannabidiol (CBD) as an alternative to conventional treatments. You can contact Gillian here.
RELATED ARTICLES
News