The Fight For Medical Cannabis In Nebraska Continues 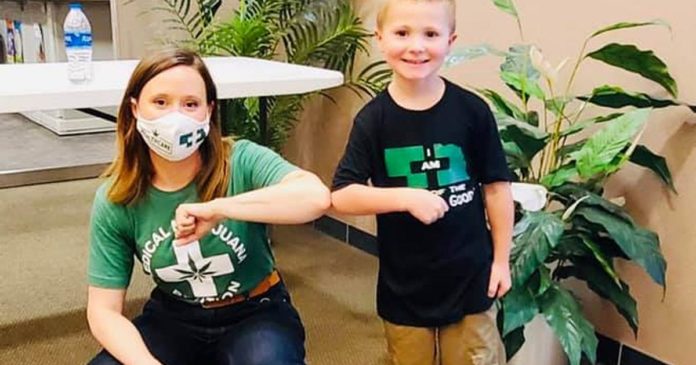 Celebrations for medical cannabis access being added to Nebraska’s ballot in November turned out to be very short-lived. But the fight goes on.

There is no medical marijuana program in Nebraska currently and no other allowances for patients. That may have changed after the November election.

Late last month we reported Nebraskans for Medical Marijuana had announced its amendment supporting patient access to medical marijuana would appear on the November ballot. More than 182,000 petition signatures were delivered to support the initiative. However, the group expected a legal fight to keep it there and certainly got one.

Late last week, the Nebraska Supreme Court issued an opinion to remove the constitutional amendment from the ballot. Five judges ruled against the amendment’s inclusion and two supported it.

The amendment being dropped was based on a constitutional requirement that all proposed initiatives must be a “single subject”, to avoid voter confusion and attempts to have two separate and different issues being rolled into one to get something over the line. It appears the amendment was viewed to have multiple subjects, the right to access medical marijuana for medical purposes – and supply. But you can’t really have one without the other.

More on the decision can be found here.

Nebraskans for Medical Marijuana and State Senator Anna Wishart – a strong supporter of medical cannabis access – are of course bitterly disappointed by the decision, but not giving up.

“Some of the greatest things in life are arrived at on a very difficult path. If anyone thinks medical marijuana supporters are going to pack up our bags and go home, we are not. Nebraska is our home and we will continue advocating for parents and families who are watching their loved ones endlessly suffer.”

The senator stated the next step is supporting candidates that will support medical marijuana access. Sen. Wishart also states she will have legislation in early 20201 and plans on carrying with her “the voices of 200,000 Nebraskans who support this issue.”

Nebraskans for Medical Marijuana said it will be partnering with other advocacy groups to develop a medical marijuana scorecard ranking candidates and elected officials to guide voters. It is also looking at launching a new 2022 medical cannabis ballot initiative.

Previous articleCBD In Skin Care Treatments
Next articleTake The Brake Off New Zealand Hemp – Reap The Benefits
Steven Gothrinet
Steven Gothrinet has been part of the Hemp Gazette in-house reporting team since 2015. Steven's broad interest in cannabis was initially fueled by the realisation of industrial hemp's versatility across multiple sectors. You can contact Steve here.
RELATED ARTICLES
News