HomeNewsAustralian Company Gets Approval For Cannabis Based Medicine Trials

Australian Company Gets Approval For Cannabis Based Medicine Trials 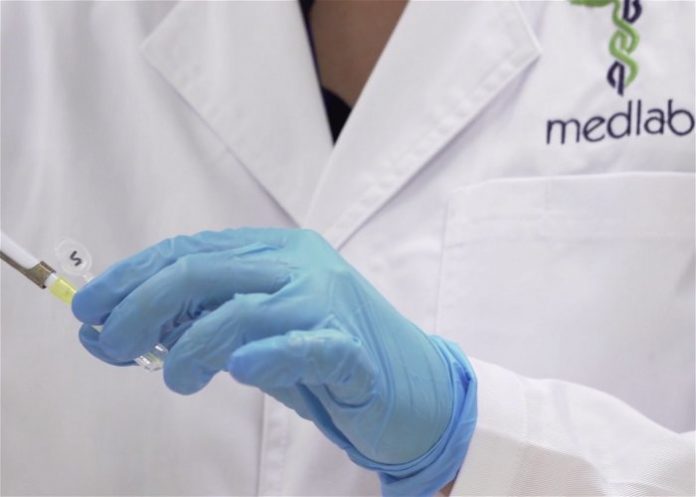 Australia’s Medlab Clinical Limited has announced it has received the green light to commence human trials of two of its cannabis based medicines.

Developed at the company’s facility in Sydney, the two medicines are NanaBis and NanaBidial.

NanaBis is combines two cannabinoids, cannabidiol (CBD) and tetrahydrocannabinol (THC). NanaBis will be clinically tested in advanced stage cancer patients with intractable pain in a trial at the Royal North Shore Hospital’s Northern Sydney Cancer Centre. The trial will be supervised by medical oncologis Professor Stephen Clarke OAM. The NanaBis medicine will be delivered by a nano-particle spray to the inside of patients’ cheeks (buccal mucosa absorption). Recruiting for the trial is to begin in September / October 2017.

The other medicine, NanaBidial, is based only on cannabidiol. It has been primarily designed to address chemotherapy induced nausea and vomiting, with a secondary endpoint in patients suffering seizures. The Phase 0 safety trial of Nanabidial will occur with healthy individuals and completion is expected within six months.

Both medicines have patents pending.

“NanaBis™ would meet a need globally for better pain management, with research having shown cancer pain was an increasingly widespread condition and generally undertreated,” said Medlab CEO Sean Hall, who founded the company in 2012.

“NanaBidial™ is intended to be made available to GPs so it would give many Australians access to a drug which governments around the country have been keen to see introduced.”

Medlab’s Director of Medical Research, Professor Luis Vitetta, said the trials would establish the company’s intellectual property as a medicine, rather than being lumped in with medicinal cannabis. This would assist with TGA Special Access Scheme approvals.

Before joining Medlab, Professor Vitetta was the Director and Associate Professor of the Centre for Integrative Clinical and Molecular Medicine at The University of Queensland’s School of Medicine between 2007-2013. He is currently also Adjunct Professor at the University of Sydney, Sydney Medical School.

Approvals for the trials were granted by Australian Human Research Ethics Committees (HREC).

“HRECs review research proposals involving human participants to ensure that they are ethically acceptable and in accordance with relevant standards and guidelines,” says the National Health and Medical Research Council (NHMR).