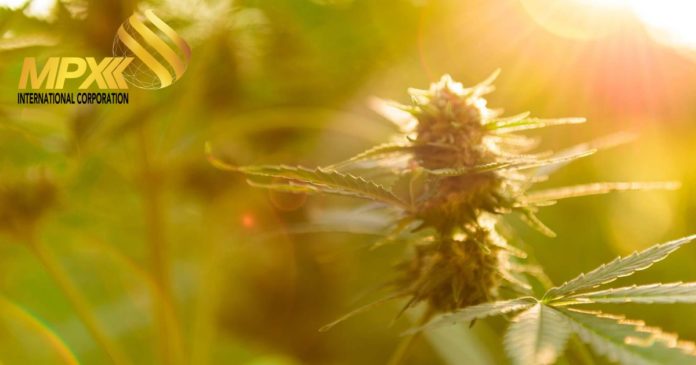 MPX International Corporation says its Australian subsidiary has been awarded a Cannabis Manufacture Licence by the nation’s Office of Drug Control.

The licence was granted to MPX Australia Pty Ltd, which according to ASIC records was registered here just last year; with its registered office located in Melbourne, Victoria. In July this year, MPX International announced the purchase of the remaining stake in MPX Australia that it did not already own.

The company has commenced work on a facility in Launceston, Tasmania that should be starting commercial production in the middle of next year, assuming it receives final regulatory approvals. MPX says it has leased a 6,500 square metre building that will house indoor cultivation, extraction and manufacturing of medicinal cannabis products. MPX notes it employs high-capacity supercritical CO2 and ethanol for cannabinoid extraction processes.

The as yet unspecified products made at the facility will be supplied to Australia’s domestic market, and MPX has its eye on export to the wider Oceania and Asia-Pacific region in the future.

The Launceston venture will also act as a tissue culture and genetics research facility providing clone supply, and advancing quality of products and efficiency of extraction for MPX International’s global operations.

“We chose Australia, and specifically the island state of Tasmania, because of its reputation for producing high quality organic products using clean energy, the availability of qualified technical staff, and the positive support from local government,” said MPX International Chairman, President and CEO W. Scott Boyes.

According to its web site, MPX International Corporation (CSE:MPXI; OTC PINK:MPXOF) evolved out MPX Bioceutical, which was founded in 2015. MPX International was incorporated in its home country of Canada last year and became a public company in February this year. It currently has six brands in its stable and claims an annual production capacity of 8.85 tonnes. Last year it harvested 30 tonnes of high-CBD cannabis flower.

Aside from Australia and North America, the company also has presences in South Africa, Switzerland, Malta and the United Kingdom.

Earlier this week, we reported on another medical cannabis facility in Australia slated to begin commercial production in the middle of next year – Stage 1 of CannaPacific’s Lismore project.

Previous articleVictoria’s ARC MedAg Hub Officially Launched
Next articleAustralian Cannabusiness Roundup – November 11
Gillian Jalimnson
Gillian Jalimnson is one of Hemp Gazette's staff writers and has been with us since we kicked off in 2015. Gillian sees massive potential for cannabis in areas of health, energy, building and personal care products and is intrigued by the potential for cannabidiol (CBD) as an alternative to conventional treatments. You can contact Gillian here.
RELATED ARTICLES
News