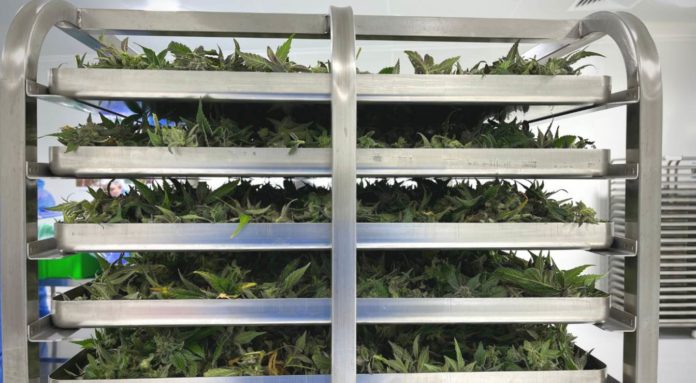 Australia’s Cann Group Limited (ASX: CAN) announced on Thursday it has commenced harvesting its first medical cannabis crop at the firm’s new facility in Mildura, Victoria.

It’s been quite a journey for Cann to this point. After acquiring the site in 2019, Cann figured it would be operational the following year. In 2020, Cann shifted its expectation to the end of November 2021. But it wasn’t until March this year the company was pretty much ready to go at Mildura, with an expected June harvest date – and it has made good on that.

“The first commercial harvest at our Mildura site is a significant achievement for the Company,” said Cann CEO Peter Crock. “This harvest is just the first of many to come, but it marks the next phase in Cann’s activities as we begin to reap the benefits of our fixed infrastructure investments.”

Originally to be a massive single stage project; the Mildura facility has shifted to multiple stages and plans have been rejiggered a couple of times. Mildura is Cann’s third processing site, with the others in Melbourne.

Plants harvested from Mildura’s current crop are being trimmed and dried on-site before extraction and manufacture of medicinal cannabis products to fill Cann Group’s local and international commercial supply agreements. The Mildura facility, as it currently stands (Stage 1a), will enable the firm to produce around 12,500 kilograms of dry flower every year.

Cann Group has had a significant helping hand from the Victorian Government for the Mildura project, including a grant of up to $1.975 million from the state government’s Regional Jobs Fund program to assist in electricity upgrades. The company received a milestone payment on this last week.

“This facility is unique to Mildura and is accelerating the future potential of a crucial industry. The medicinal cannabis industry is growing rapidly and Victoria is well placed to compete in the sector.”

Back in 2018, the Victorian Government set an ambitious goal for the state to be supplying half of Australia’s medicinal cannabis by 2028 – and no doubt it is very happy (and relieved) to see the Mildura facility finally cranking.