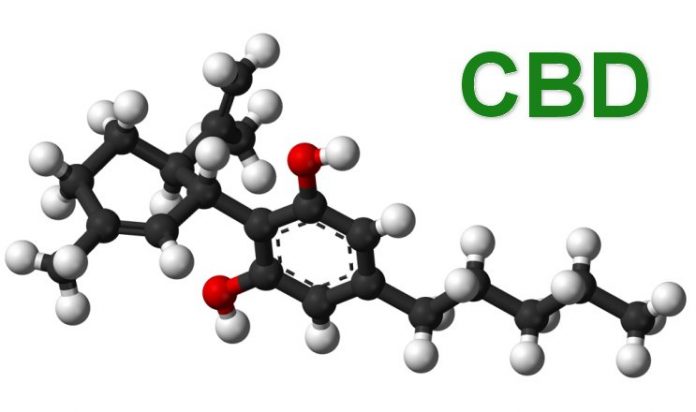 The thin edge of the wedge? Cannabidiol is (finally) starting to gain more acceptance by the U.S. Federal Government.

Cannabis, and consequently its compounds, have been classified as a Schedule I substance in the USA for decades, meaning it has “no currently accepted medical use and a high potential for abuse”. It’s obviously an incorrect classification given the mounting evidence of compounds such as cannabidiol (CBD) having medicinal applications, but the wheels of the DEA (Drug Enforcement Administration) move slowly.

However, those wheels turned a little quicker late last week when the DEA ordered a cannabidiol based drug be reassigned from Schedule I to Schedule V.

“With the issuance of this final order, the Acting Administrator of the Drug Enforcement Administration places certain drug products that have been approved by the Food and Drug Administration (FDA) and which contain cannabidiol (CBD) in schedule V of the Controlled Substances Act (CSA),” states the document. “Specifically, this order places FDA-approved drugs that contain CBD derived from cannabis and no more than 0.1 percent tetrahydrocannabinols in schedule V.”

Schedule V drugs are those considered with a lower potential for abuse than Schedule IV.

There’s only one such drug at the moment, Epidiolex, but this is a long- awaited shift in stance. Cannabis was assigned a Schedule I classification under the Controlled Substances Act back in 1970.

The FDA approved Epidiolex for the treatment of seizures associated with Lennox-Gastaut syndrome and Dravet syndrome back in June this year.

GW Pharmaceuticals was of course quite happy with the news.

“We are pleased that the DEA has placed Epidiolex in the lowest restriction Schedule, because it will help ensure that patients with LGS and Dravet syndrome, two of the most debilitating forms of epilepsy, can access this important new treatment option through their physicians,” said Justin Gover , GW’s Chief Executive Officer.

The company anticipates making Epidiolex available within the next six weeks. However, the crazy-high price of Epidiolex may prevent many from accessing it, unless insurers cover the medicine. Still, the progress of Epidiolex has raised hopes that it will be the first of many CBD-based preparations to pass muster and be considered fully-fledged medicines legally speaking in the USA.

NORML says these will be welcome alternatives, but shouldn’t be to the exclusion of whole plant cannabis.

“.. these products should not be regulated in such a manner that patients no longer have ready access to herbal cannabis — a product that humans have used safely and effectively as a medicine for thousands of years and is approved today by statute in 31 states,” stated NORML’s Deputy Director Paul Armentano.